In writing articles about my homeland, Egypt, how could I miss out the stunning temples of Abu Simbel at Aswan? 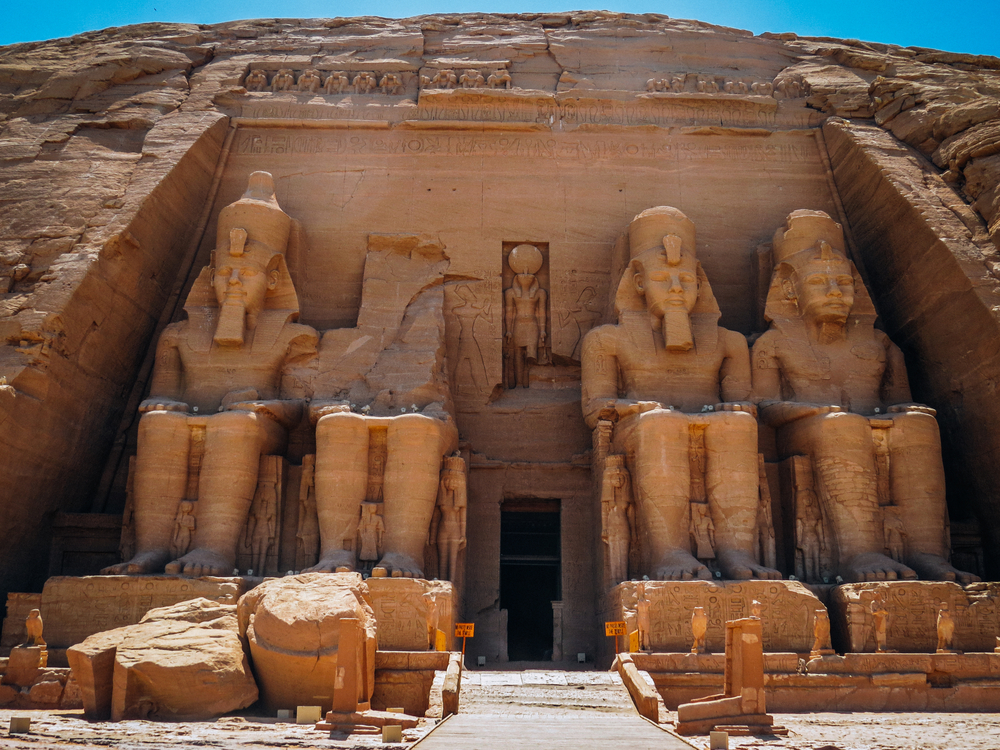 Overlooking Lake Nasser, the temples of Abu Simbel are among the most visited historical places in Egypt. There are two temples here, carved out of a cliff face: the Great Temple of Rameses II and the Temple of Hathor, both built during the reign of the pharaoh Rameses II, in around 1264 BC, to honour him. The construction period spanned some 30 years.

The temples had been buried by sand, until the Great Temple was uncovered in 1813, quite by chance, by a Swiss explorer. Then, in 1817, Italian explorer Giovanni Belzoni managed to dig out the complex.

The Great Temple of Rameses II was devoted to the gods Amun, Ra-Horakhty and Ptah, and to Rameses himself. The façade of the temple is awe-inspiring, as of course it was intended to be, with four figures of Ramses standing 21 metres high, known as the ‘colossi’.

Inside, one enters the Great Hypostyle Hall, where eight pillars feature carvings of Rameses mummified (Osirid). Here, colourful wall reliefs show the pharaoh triumphing at the Battle of Kadesh (in modern-day Syria). At the rear of the temple you find the vestibule and sanctuary, with statues of Ramses, Amun, Ra-Horakhty and Ptah.

The architects of the temple were so talented that they managed to align the temple so that sunlight lit the sanctuary in February and October on Ramses’ birthday and the day of his coronation.

The Temple of Hathor, smaller than the other, is fronted by large carved figures of Ramses II and Nefertari. His love for his favourite wife is apparent in the fact that both figures are the same height; usually, the pharaoh, more important, would have been larger. 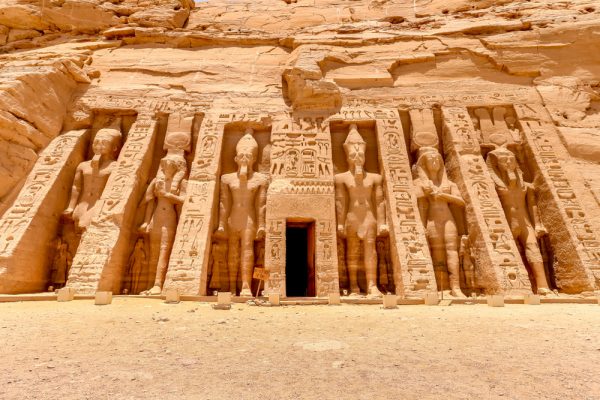 Inside, there is imagery of Hathor, along with scenes of Nefertari honouring Ramses II and the goddess.

In the 1960s, both temples were saved from flooding from Lake Nassar (caused by the building of a dam) and relocated to higher ground, piece by piece. An amazing engineering achievement! 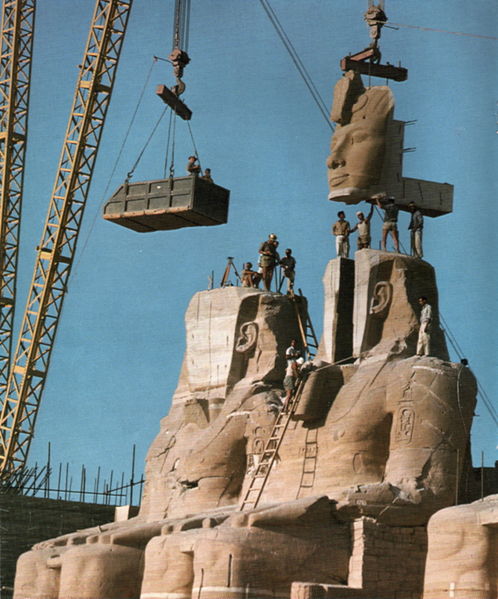 Reassembling the statue of Ramses II at the Great Temple