This ancient palace, which features in my novel Indiscretion, transports you to a time gone by…

Alexandra was dazzled by the Alcazar palace, straight out of One Thousand and One Nights, with its vast rooms covered in glazed tiles. Never before had she seen so many marble columns, arabesques, arcades, galleries and cool, echoing corridors. They walked through the silent gardens covered in clouds of roses, laden with the pungent scents of myrtle hedges and the sweet balmy breath of orange blossom. – Indiscretion

Welcome to the Alcazar of Seville, built over a period of 500 years, from the 11th to the 16th centuries. An alcazar is a type of castle built in Spain and Portugal as a residence for royalty, and to this day, the Spanish royal family use the upper levels of the palace as their Seville residence, making it the oldest palace in use in Europe. It has been recognised for its unique beauty and protected as a UNESCO World Heritage Site, and it’s a delight for admirers of architecture, incorporating Mudéjar, Gothic, Romanesque and Renaissance design elements. 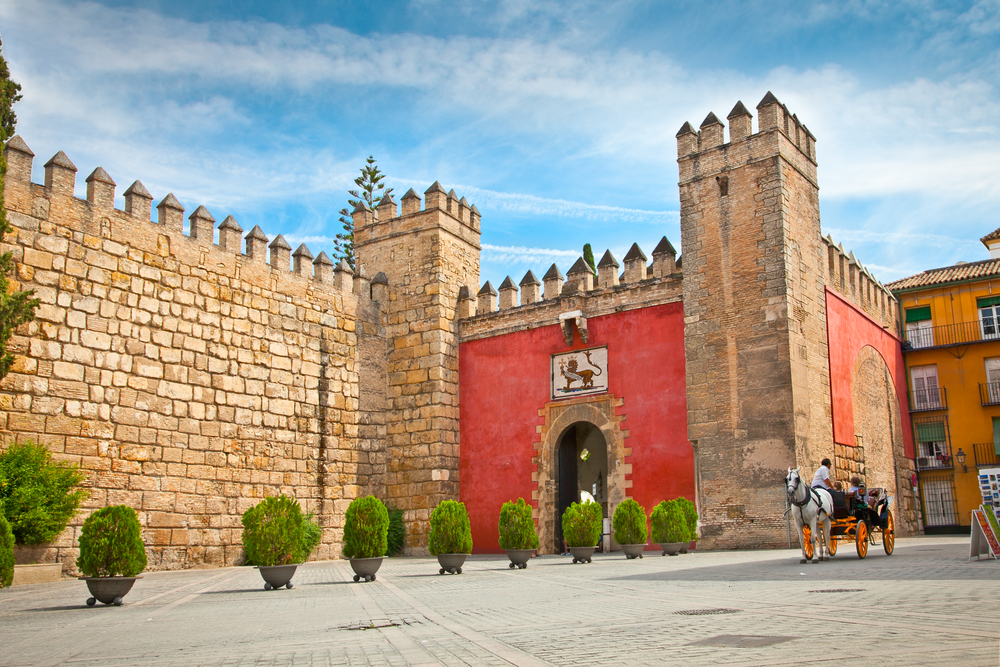 The Patio de las Doncellas (Courtyard of the Maidens) is so-called because, according to legend, the sultans would receive an annual tribute there of 100 virgins taken prisoner in each of the Christian cities they had conquered.

The palace is famous for the many tiles used in its decoration. The Salon de Embajadores (Hall of Ambassadors) throne room is especially amazing. It was here, in 1526, that Emperor Charles V married Isabella of Portugal. They had only met that day at ­the Alcazar, but it was love at first sight – clearly, the palace is a romantic spot! 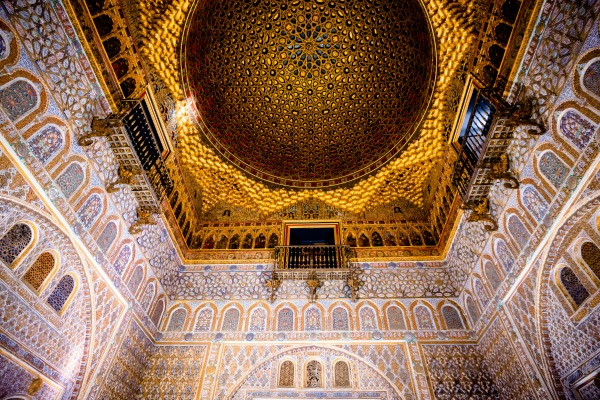 The gardens at the Alcazar are nothing short of spectacular, a little paradise on earth. There are various gardens, dating to different periods, and at every turn there is something beautiful to see – tinkling fountains, intricately tiled steps, trees laden with oranges or lemons or figs. 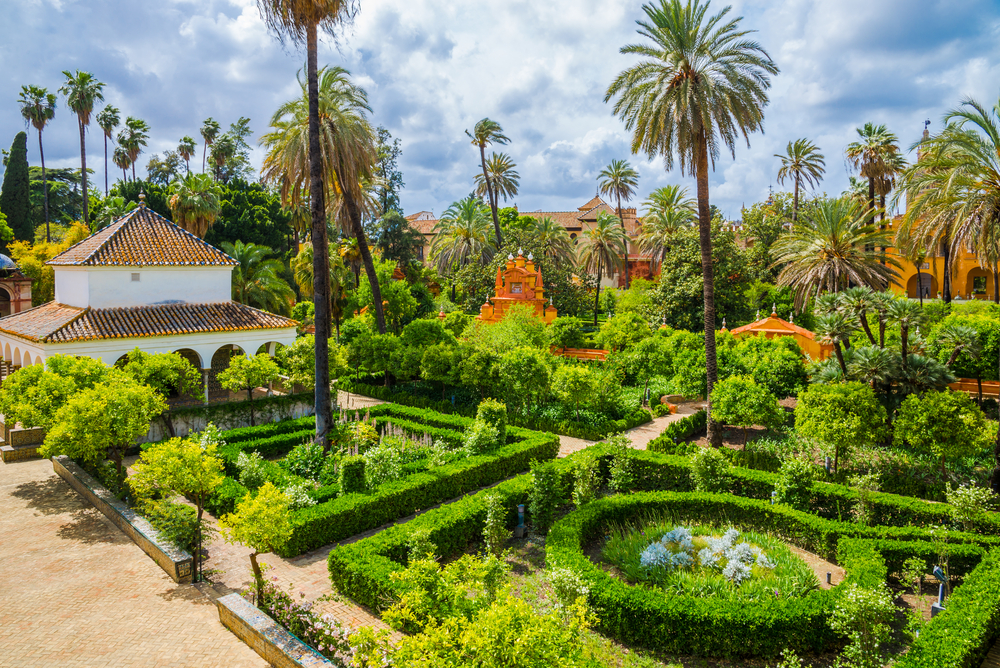 From the Dance Garden you can access the Baños de Maria Padilla (Maria Padilla’s Baths), where the reflections of the vaulted ceiling are magnificent. No wonder Maria, mistress of Pedro I, liked to bathe here. (Look familiar? These baths, and other locations at the Alcazar, were used as locations for Season 5 of Game of Thrones.) 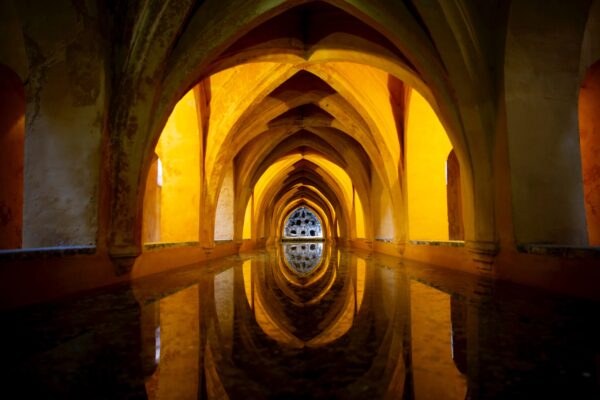 If this little tour of the Alcazar has put you in the mood for an escape to Spain, do check out my Christmas gift offer. For a limited time, you can purchase my Andalusian Nights trilogy at a special price, and as a bonus you’ll receive a free ebook entitled 10 Beautiful Places to Visit in Andalusia. Simply visit https://hannahfielding.net/andalusian-nights-trilogy-christmas-offer/.