‘I have always imagined that Paradise will be a kind of library,’ wrote Jorge Luis Borges. But, as John Lennon suggested, imagine that there is no heaven, no Paradise – no library… 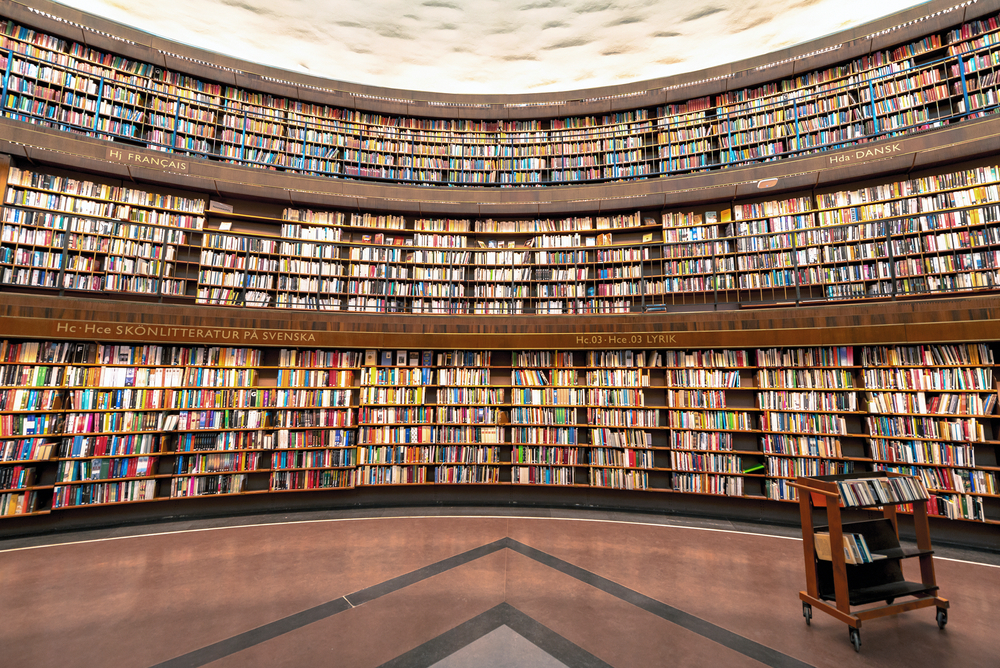 This year, this long, dark year, many of us have turned to reading as a refuge. But from where have we sourced our books? The answer, for most of us, is not ‘libraries’ – so many have remained closed or are running a very limited service.

Does that mean that we can manage just fine without libraries? The media reported recently on a council leader in England who stated with reference to libraries: ‘If we haven’t used something for the past four or five months, do we really need it?’ There was quite the angry backlash to this, especially since it was not by choice that the local people of Walsall did not use their libraries; they simply have not reopened since the first lockdown.

Personally, I’m deeply concerned by the idea of closing any library. Not only are they indeed Paradise for book lovers like me, but they are safe and calm spaces, havens. They are places of community, where people come together, and places of learning, where we can find knowledge and develop our understanding.

From taking my children to story time when they were little to searching for a new novel to read, from researching the location of my next novel to finding a quiet corner in which to write some notes or even the start of a chapter – a library is quite simply one of my favourite places to be.

Back in the late nineteenth and early twentieth centuries, the immensely successful Scottish-American businessman Andrew Carnegie recognised the importance of libraries. In his own life, it had been the personal library of Colonel James Anderson that had given Carnegie, a ‘working boy’, the means to acquire knowledge and improve himself. Carnegie was a committed philanthropist, and in the final years of his life he gave away nearly 90 per cent of his fortune to good causes – one of which was the construction of more than 2,000 libraries across the US and Canada, UK and Ireland, and other countries worldwide.

Such an amazing gift, and one that has touched generations of people. What would Carnegie think of the idea of closing libraries, leaving the public with no access to book collections? I think he would be heartbroken.

When the charity Libraries Connected conducted research recently, they found that almost three in five library leaders say that one of their biggest challenges is justifying their service’s existence to their local authority (source). I can imagine that this is deeply frustrating for the leaders and their staff, for it seems crazy to me to have to justify a library’s existence.

Of course we need libraries, I say! Without free and easy access to books, we are lost. It is as TS Eliot said, ‘The very existence of libraries affords the best evidence that we may yet have hope for the future of man.’

Note: In case you are wondering, the library pictured with this article is the iconic Stadsbiblioteket, the public library of Stockholm in Sweden.