To be a scribe in Ancient Egypt was to live a life of knowledge, respect and wealth... 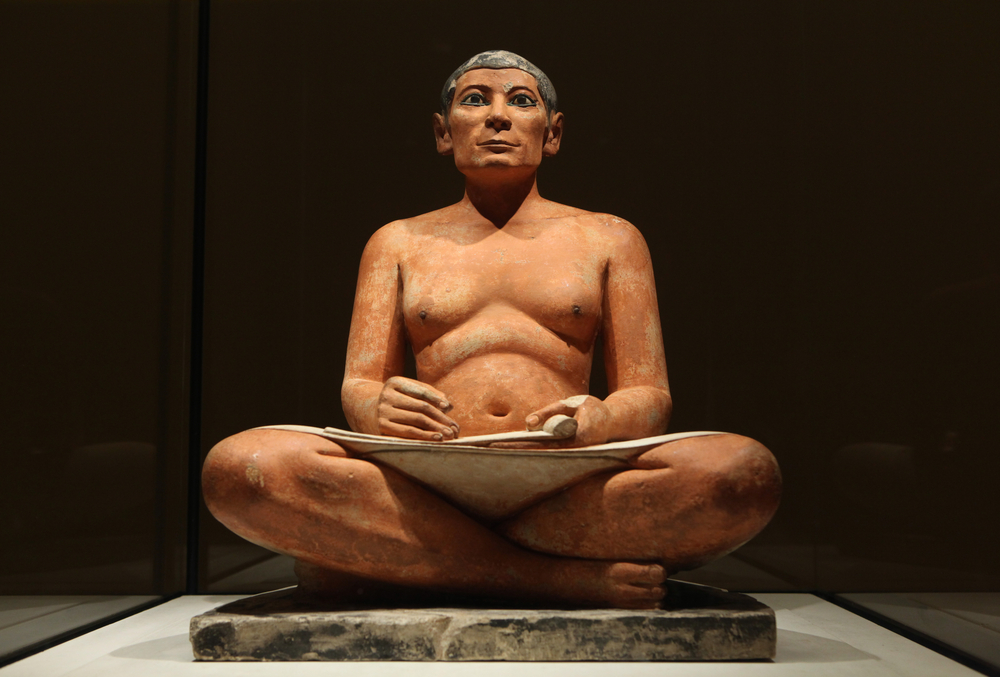 During the New Kingdom, young Egyptian boys of a certain status in life were expected to choose their future profession. One could aspire to be a soldier, or a priest, or an administrator – but scribe was a role that suited those who sought knowledge, a peaceful work life and, importantly, wealth. Most scribes were in fact the sons of scribes.

A scribe’s job was essentially to read and write hieroglyphic and hieratic scripts (hieratic was a shorthand version of the hieroglyphic script). They learned to do so by attending a school for scribes for up to five years, where they would laboriously copy the many characters and signs using a brush made from reeds.

In Ancient Egyptian society, scribes were very well respected. People believed that putting speech in writing made the words true.

Only a very small proportion of the population were literate, and so scribes were kept busy in villages recording accounts and legal matters. They also worked for the military, recording campaigns (you can see them depicted standing back from a battle and noting down the events) and, afterwards, counting the enemy’s dead.

Scribes of great talent and skill could find positions working for the royal household; a lucky chap could even be promoted to the position of vizier, second to the pharaoh. One scribe, Horemheb, worked his way up from military scribe to pharaoh!

Scribes could be very artistic. They drew outlines on the walls of tombs and temples to be carved by sculptors, and we have evidence of love poetry written by scribes. One scribe, Kenhirkhepshef, was a historian, visiting tombs and temples to research the past, and he made a chronological list of the New Kingdom pharaohs.

The scribes were so essential in Egypt that they had their own deity. Thoth was the god of wisdom and knowledge, and of writing and hieroglyphs. (Hieroglyphics means ‘the Words of God’.) It was believed that Thoth had invented writing and hieroglyphs, along with reading (and many more aspects of knowledge). He was the author of The Book of Thoth, a most sacred text. 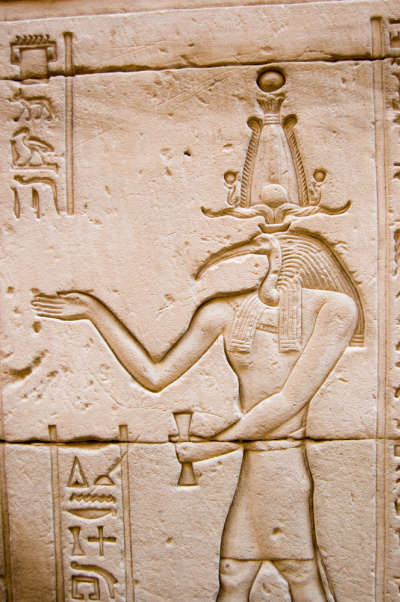 Thoth was often depicted with the head of an ibis, and so a scribe could be symbolised as an ibis. The scribes would pray to him:

Come to me, Thoth, O noble ibis … Come to me and give me counsel to make me skilful in your calling. He who masters it is found fit to hold office … Fate and Fortune are to be found with you.

Certainly, scribe was the best of all professions in Ancient Egypt. In the Satire of the Trades, written by a father for his son and often copied by scribes at school, was the following glowing recommendation for this work:

[Scribedom] is the greatest of all callings, there is none like it in all the land… Look, there is no profession without a boss, except for the scribe – he is the boss.