How's your Ancient Greek? Better than you may imagine, for in fact plenty of modern words are derived from the language and legends of this ancient civilisation... 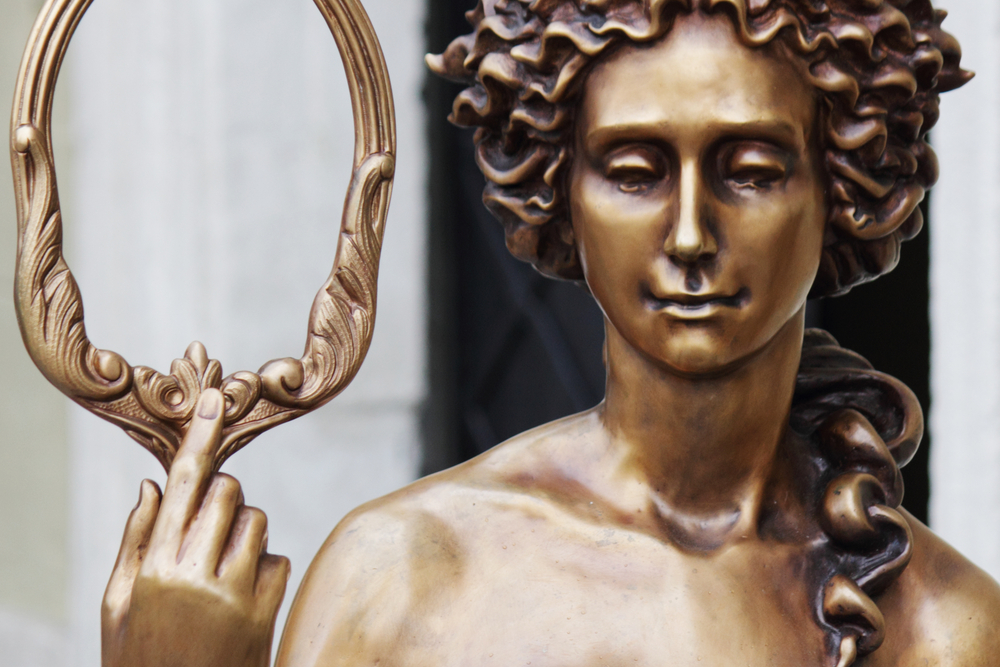 Readers of my book Aphrodite’s Tears come to the novel with a host of knowledge about the Greek mythology that inspired the story. The myths of the Ancient Greeks permeate our modern culture. Take the unicorn, for example – it was first referenced by Ancient Greek writers (who, incidentally, were convinced of its existence). Most people have heard of gods like Zeus and villains like Medusa. We know of Olympia and the Underworld; we are familiar with the quests of heroes like Hercules.

But it may come as a surprise to realise that we regularly touch on Ancient Greek mythology in our everyday conversations. Here are some modern terms and expressions from the Ancient Greeks.

Achilles’ Heel: an individual’s weak spot
From the myth of Achilles, who was dipped in the River Styx in infancy to make him invincible. Only the part by which his mother held him – his heel – was untouched by the river water, and it was only here he could be wounded.

Adonis was a young mortal man who was so handsome that the goddesses Aphrodite and Persephone fought over who would have him. When he died in Aphrodite’s arms, her tears and his blood mingled to become the anemone flower.

Amazonian: describing a strong woman
The Amazons were a tribe of warrior women; the daughters of Ares (god of war) and Harmonia (goddess of harmony).

According to the poet Ovid, Chaos was what existed before the gods were created, a ‘gap’ created by the splitting of heaven and hell. Chaos was a primordial god, along with Gaia (Earth) and Tartarus (hell).

Derived from Cronos, the god of time.

From the story of Odysseus, who returned home from his long quest to find his dog had held on to life just long enough to see his master one last time.

Echo: the repetition of sound

Echo was a mountain nymph who loved to talk and talk – until Hera cursed her so that all she could do was repeat others’ words. When she died, her voice was left behind, as the echo.

Fate: the course of events as determined by a higher power

The Fates were three sisters who spun the thread of life. Lachesis decided the length of each person’s thread, Clotho spun it and Atropos severed it when she decided that the time had come. No one could alter their work.

Food/nectar of the gods: the most delicious of tastes

The gods lived on nectar and ambrosia. The latter could make a human immortal.

The Furies were ancient deities who acted as judge, jury and executioner, hearing cases against mortals and exacting bloody and painful vengeance for crimes. They were incredibly ugly: snakes for hair, bat wings and black skin.

The Giants were the offspring of Gaia – the name means ‘of the earth’. They are often confused with the Titans, who were the children of Gaia and Uranus (the sky god). The Titans preceded the Olympian gods (Zeus and co.), who would overthrow them to take control of the world. Our modern terms ‘giant’ and ‘titan’ relate to the power of these gods rather than their actual size.

Harp on: to talk on and on tediously

The Harpies were horrid winged creatures, half-woman and half-bird, who tormented King Phineus. They feature in a story of Jason and the Argonauts.

Relating to Hercules (in fact spelled Heracles in Ancient Greek), who carried out twelve difficult labours on his heroic quest.

Hypnosis: a state of consciousness in which a person can receive suggestions

Hypnos was the personification of sleep. He lived in a dark, silent cave, and was seen to be a kind and gentle god.

No stone unturned: search all over

A quotation from a play by Euripedes. Eurystheus tells his men to leave no stone unturned in their hunt for Hercules’s sons.

Aphrodite’s Tears: available from my shop

From the myth of King Minos and the Minotaur. Minos had the master craftsman Daedalus build the Labyrinth to contain the beast. Theseus eventually navigated the maze and slayed the Minotaur.

Derived from the stories of Athena, goddess of wisdom. She disguised herself as a man named Mentor in order to guide Odysseus’s son.

Midas Touch: describes a person who has good fortune

From the story of King Midas, who wished that all he touched would turn to gold.

Narcissus was half-nymph, half-god and all beauty. His vanity was his downfall; when he saw his reflection in a pool of water, he could not tear his eyes away – and he starved to death.

Nemesis: an adversary
From the goddess Nemesis, who was in charge of doling out divine retribution to any mortal guilty of hubris.

From the epic poem by Homer that tells of Odysseus’s long, adventure-filled journey home from the Trojan War.

Pandora’s Box: something that, if unleashed, will cause trouble

Pandora was the first mortal woman. She had one instruction from Zeus: don’t open the jar (now known as a box) he gave her. Of course she did – and in doing so released all the evil we now have in the world. I tell the story of Pandora’s Box in this article.

Phobia: a deep-seated fear and aversion

From Phobos, the god of fear. He was the son of Aphrodite (love) and Ares (war), and the twin brother of Deimos (terror).

From Typhon, son of Gaia and Tartarus, the most terrible monster of Greek mythology; a huge serpentine creature.