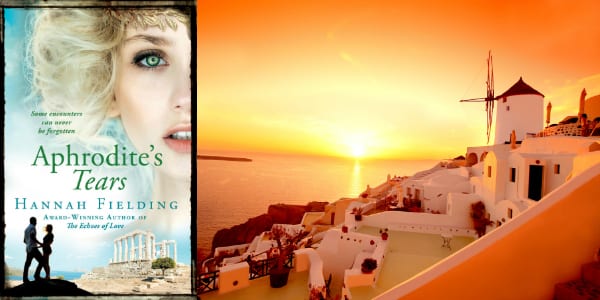 ‘We travel, some of us forever, to seek other places, other lives, other souls.’ So wrote novelist Anais Nin. What a perfect explanation for the inner need to travel, don’t you think?

Without my own travels – driven by my curiosity to learn about new places and peoples, past and present; those ‘other souls’ – my fiction would not exist. Travel is the single most important inspiration for my writing, and so it is that my novels are infused with my passion for travel.

Today, I’m sharing with you four of my favourite places in the world, as depicted in my writing.

The Great Rift Valley is vast and runs right through Kenya. It’s home to eight large lakes which attract all manner of wildlife, most famously the greater flamingo.

In Burning Embers, my characters take to the skies in a small plane so that photographer Coral can get the best view of the landscape and its amazing animals.

They took off straight into the sun, leaving a trail of red and blue dust behind them. It was a fine afternoon with no hint of cloud. Coral felt the excitement mounting in her as they rose over the Rift Valley, higher and higher into the sky. This was different than flying in the balloon, even more powerful and exhilarating. She took in with disbelief the spectacular panorama of plains, snow-capped mountains, escarpment, lakes, and ridges that went on for miles, all thousands of feet below.

A multitude of animals now came into view: giraffes, zebras, impalas, and hartebeest stopped grazing and watched, bunched together, as the aircraft approached and flew over, startling them into sudden flight. In whatever direction the plane turned, creatures were to be seen in astonishing numbers and varieties.

Napoleon called St Mark’s Square in Venice ‘the drawing room of Europe’. Certainly, it is always busy, with people who come to see the stunning Byzantine architecture of St Mark’s Basilica, its imposing Campanile bell tower with gold archangel Gabriel weathervane, and the early-Renaissance clock tower. They also flock to the oldest coffee house in the world, Caffè Florian, whose clientele has included Balzac, Goethe, Casanova, Lord Byron, Proust, Stravinsky, Rousseau and Dickens. Here’s a glimpse of the square as featured in my novel:

The two bronze giants on the top of the San Marco clock tower beat out one o’clock on a sounding bell. Venetia hurried towards her destination, in the midst of the great streams of people who came flooding from all directions in the sunlight, bringing with them the myriad buzzing and humming of the international world. For once, as she walked along, she was not admiring the Doge’s Palace which shut out the sky with its great façade supported on a double tier of arches, or the renaissance front of the Library of Saint Mark where she spent many winter afternoons reading and researching. She crossed the great square with its Campanile towering above, the graceful shaft flecked with the shadows of passing clouds; the severity of the sober red brick of the bell tower made the main edifice of the Church of San Marco look almost fairy-like with its wealth of white marble lace-work and golden mosaic. Hundreds of pigeons crooned and strutted round her, glorious in their opal plumage, as she crossed the broad square.

The Moors from North Africa ruled parts of Andalucía for 800 years (between the 8th and 15th centuries), and they left their mark, most especially in architecture. My favourite example is the Alcázar in Seville.

An alcazar is a type of castle built in Spain and Portugal as a residence for royalty. To this day, the Spanish royal family use the upper levels of the palace as their Seville residence, making it the oldest palace in use in Europe. It has been recognised for its unique beauty and protected as a UNESCO World Heritage Site, but visitors may explore parts of the palace and garden, as do my hero and heroine in Indiscretion:

Alexandra was dazzled by this palace straight out of One Thousand and One Nights, with its vast rooms covered in glazed tiles.  Never before had she seen so many marble columns, arabesques, arcades, galleries and cool, echoing corridors. They walked through the silent gardens covered in clouds of roses, laden with the pungent scents of myrtle hedges and the sweet balmy breath of orange blossom.

The island of Santorini is about 120 miles off the Greek mainland, in the Aegean Sea. It’s a volcanic island; here the catastrophic Minoan eruption occurred more than 3,000 years ago, which decimated surrounding islands. Today, the island is a peaceful place, however – and a beautiful one, since the caldera the eruption created (a crater made when a volcano collapses upon itself) has become a lagoon with the most beautifully blue water.

Oia is known for Sunset Serenade point, high up in the village. For a few moments each evening, the view of the white houses and the caldera capturing the colours of the setting sun is breathtaking – not to be missed. From Aphrodite’s Tears:

Oriel turned her attention to the incredible view that stretched endlessly as far as the eye could see.

Long tongues of fire spread from the sun’s dazzling rays over the twisted rocks, the houses of the beautiful white town ablaze with a transparent copper glow that reminded her of barley sugar. Smouldering, the molten flames in the sky moved further, changing its smooth azure to violet streaked with apricot, to apple green blending into scarlet, bright yellow and cobalt blue. Within this veil of complex, glorious colour, the golden globe seemed alive with a magnificent sort of agony. Suddenly it faltered, tumbling down behind the horizon – a burning death. The drama and the splendour of it all filled Oriel with a wistful emotion.