Today, on St Mark’s Day in Venice, it’s traditional for men to give women a single red rose to symbolise their love.

The rose of Venice (source)

In my novel The Echoes of Love, which is set in Venice, a wise man gives the following advice to the heroine: ‘The rose has thorns only for those who would gather it.’ In other words, only those who dare to love risk getting hurt.

Well, if you are Venetian, then you risk the thorns of the rose both metaphorically and physically each year in the Festa del Bocolo (Festival of the Blooming Rose). Today, 25th April – the saint day for Mark, patron saint of Venice, who was martyred on this day in 68 AD – men give women a single red rosebud to show their love. 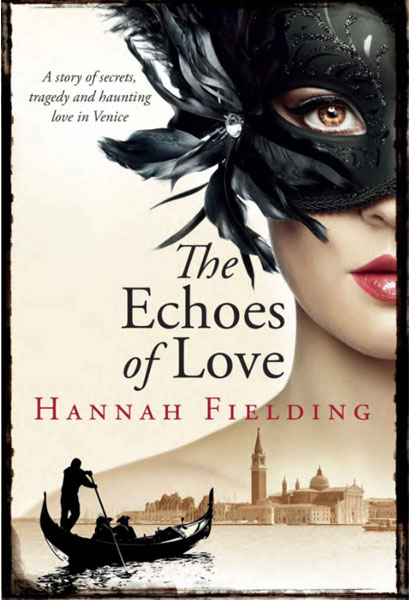 The Echoes of Love: available to buy now

Why on St Mark’s Day, and why a rose? The roots of the festival are found in two romantic legends. The first tells the tale of star-crossed lovers Maria and Tancredi:

Maria was the daughter of a Doge, ruler of Venice. Tancredi was a commoner, a troubadour. They were incompatible, of different social classes. And yet, they were in love.

Maria heard the terrible news when Tancredi’s comrade came to her bearing a rose. The petals were stained with Tancredi’s blood: he had died in a rose garden and begged his friend to take the flower to Maria as a symbol of his everlasting love for her. Heartbroken, Maria cried herself to sleep. The next morning, St Mark’s Day, her maid found her cold and lifeless, the rose lying over her heart.

In the second legend, the rose brings about a happy ending:

Basilio was one of the team of men who travelled to Egypt and brought back to Venice the body of St Mark. In gratitude for his important contribution to the spiritual legacy of the city, Basilio was given a cutting from a rose bush that grew beside St Mark’s grave. He planted the cutting in his garden, where it flourished.

After Basilio’s death, his sons were greedy, and they fought over how to carve up the land left to them by their father. Finally, the boundary line was drawn, right at the rose bush. Years went by, and the ill will between the two factions in the family steadily worsened. The rose, meanwhile, stopped flowering.

Then, many years after Basilio’s death, and on St Mark’s Day, a young woman from one side of Basilio’s family and a young man from the other happened across each other at the boundary line, and their eyes met through the rose bush. They began to meet there, and talk, peeking through the rose bush, and in time they fell in love – and the bush came once more into bloom. The man picked a red rose and gave it to the girl, his love, so starting the tradition.

The legends of the bocolo – one of tragedy, one of reunion; both sublimely romantic. As the poet Lady Caroline Blanche Elizabeth Lindsay wrote in her poem on the Maria and Tancredi legend, ‘O fair red rose of Love!’

A focal point for the Festa del Bocolo is St Mark’s Square, where you find St Mark’s Basilica, the Doge’s Palace and the clock tower.

Here, in the very heart of Venice, people come to honour the patron saint at mass, and also to honour the legend of the bocolo. Both may be traditions rooted in history, but they remain relevant to this day.

I will leave you with this representation of the bocolo, a living art installation created in St Mark’s Square by Venetian author Alberto Toso Fei and artist Elena Tagliapietra. Here, a thousand people came together to embody a red rose. Beautiful, don’t you think?