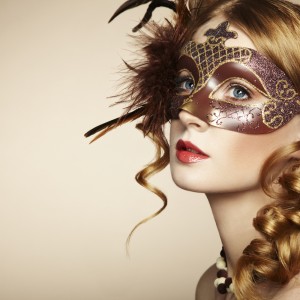 Last week, I ran an ‘in his own words’ feature on Paolo, the hero of my novel The Echoes of Love, to see how he reveals aspects of his character in his speech. Today, I’m turning to the heroine, Venetia Aston-Montagu.

‘I am not someone to indulge in a casual affair…’

With Venetia, there are no half-measures. She either loves, or she does not. She feels emotion so intensely that she fears falling in love, for the one and only time she did, her heart was broken – and it has never quite mended. Not for her a casual, light romance. In fact, she’s quite adamant with Paolo at the outset that she wants no relationship at all.

‘Fate is for those too weak to determine their own destiny…’

Venetia is pragmatic. She’s done with romance – she does not want to be swept away by feelings. Because she was terribly hurt as a young woman when her fiancé, Judd, left her, she very much needs to feel that she can choose her own path in life; she needs to feel in control. Fate is part of the fairytale, and she wants nothing to do with that: she wants a quiet, simple life in which she builds her career and hides away her heart.

‘Italy is definitely the most romantic country in the world.’

But ‘she’s done with romance’, so how can she say this? Ah, and here we have Venetia’s inner conflict revealing itself. Her mind wills her to turn her back on romance, to keep her safe from pain. But her heart… well, the heart can be treacherous in its indomitable spirit. That Venetia has left her home in England and moved to make a life for herself in Italy, which she acknowledges is the most romantic of countries, is telling. She says she has no room for romance, and yet she places herself at the very heart of it all.

‘I’m not prepared to relinquish my freedom for anything, or anybody.’

So says the woman who since the age of nineteen has been fiercely independent. Venetia has loved and lost – her fiancé and her baby – and as a means to cope she has thrown herself into her career, reading architecture at Cambridge and then taking a job in Venice as a mosaic restorer. She has built a life for herself in Venice: a nice apartment, a safe routine, friends with whom to share a coffee. But scratch the surface and one finds a woman living in denial: she is so frightened to love again. Can Paolo make Venetia understand that to love and to be loved does not have to mean ‘relinquishing her freedom’?

These words encapsulate the very deepest pain in Venetia. She’s made a sensible, logical decision: don’t fall in love. To love means to trust, and to trust means to risk having your trust broken. On some level Venetia may believe that she was better to have loved and lost than never to have loved in her youth, but that does not mean she will open herself up to loss again. It’s down to Paolo to convince her that in his hands her heart is safe. But is it? Because in a story of mirages, masks and masquerade, Paolo is not what he seems…

All I want is to be in your arms, to be kissed by you, to belong to you, to become your wife…

Well, is it not a woman’s prerogative to change her mind? I will say no more, and let you read for yourself how Venetia opens her heart to Paolo…