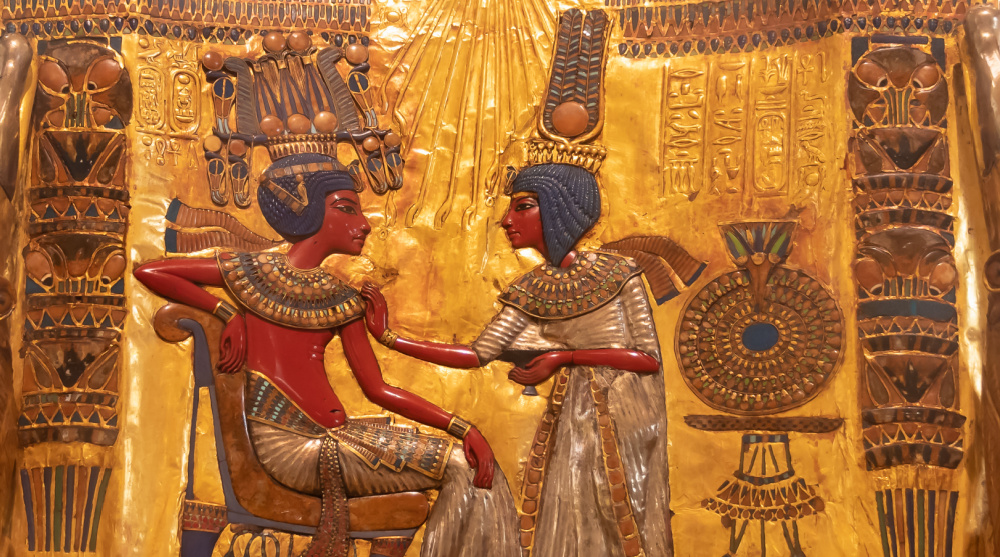 We have learned so much about the Ancient Egyptians through the art they left behind: the paintings, reliefs, inscriptions and sculptures found in tombs, temples and monuments. Artworks tell vivid stories of battles and coronations, of customs and rituals, and especially of religious beliefs. Depictions of emotion, though, are rare, for this was not the purpose of art.

We know that the Egyptians were great romantics; they wrote wonderful love poems, for example. Occasionally, this romantic nature crept into the realm of art. Here I have brought together several artworks that portray the enduring love of a couple. That these are unusual artworks makes them all the more precious.

Ankhesenamun was the Great Royal Wife of the pharaoh Tutankhamun and it is believed that she bore him two daughters, though sadly neither survived infancy. In artworks found in Tutankhamun’s tomb, the bond between the two shines through. One can’t help but wonder how that love may have developed had the couple had more time together; Tutankhamun died in his late teens.

Here, in the detail on a box in the pharaoh’s tomb, we see Tutankhamun receiving lotus flowers from Ankhesenamun; this was a traditional gesture of love.

In addition, the focal scene of Tutankhamun’s throne is Ankhesenamun touching her husband tenderly. 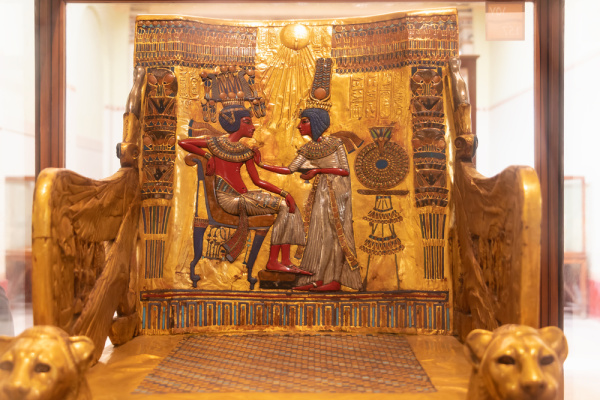 The following statue, found in the tomb of the pharoah Horemheb, depicts him holding hands with his wife Amenia. The missing hands were discovered in the tomb and it was found that Amenia is holding Horemheb’s hand in both of hers, like she is anchoring them. 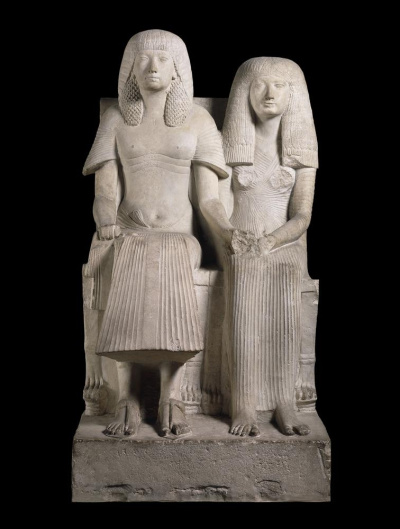 Nefertiti means ‘the beautiful one has come’; clearly, the pharaoh Akhenaten loved her deeply to give her this title. This limestone relief is thought to show Nefertiti bringing flowers to her husband.

Nefertiti was Akhenaten’s Great Royal Wife and together they had six daughters, including Ankhesenamun, wife of Tutankhamun. This house shrine stele depicts an intimate and content family scene, with the couple holding their children in the presence of the god Atun. 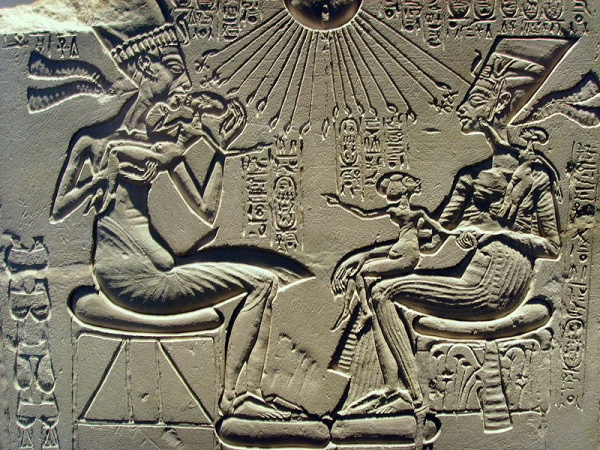 This couple are identified as ‘royal acquaintances’. The statue dates back to the Old Kingdom; in later artworks the male tends not to reciprocate the female’s affectionate gestures.

Nefertari and Ramesses the Great

We know that the pharaoh Ramesses II loved his queen Nefertari (‘beautiful companion’) a great deal, for after her death he made her immortal in art. Her tomb in the Valley of the Queens is widely regarded as the most beautifully decorated of all known tombs; every surface is adorned with art. The pharaoh also built a temple in her honour at Abu Simbel right next to his own temple. At the entrance to the temple for Nefertari the king and queen stand together. Usually, a queen statue would be significantly smaller than that of a king, but here they stand as equals, showing Ramesses’s great respect for his wife. 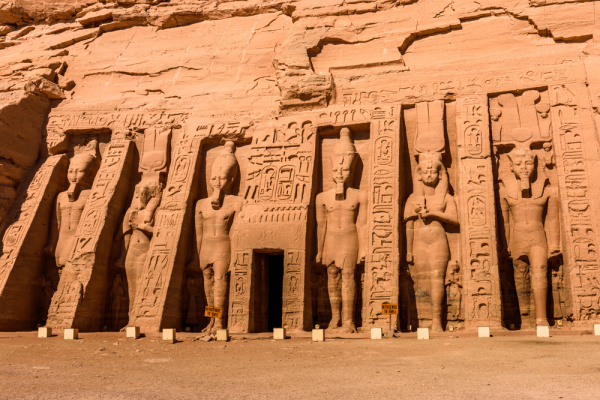