The colours, the air, the ‘mellow fruitfulness’ – autumn is a rich source of inspiration for artists. 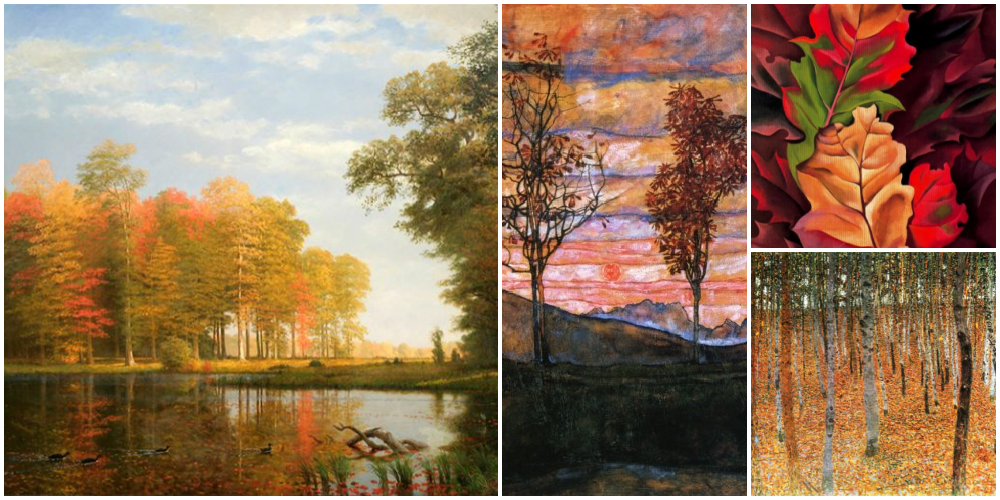 It was John Keats who wrote, in his poem ‘To Autumn’, that this is the ‘Season of mists and mellow fruitfulness’. He and so many other poets have encapsulated the beauty and the mood of the season in words. ‘Every leaf speaks bliss to me, fluttering from the autumn tree,’ wrote Emily Brontë in ‘Fall, leaves, fall’. There is bliss, there is joy – and there is an air of melancholy, too: that all that has bloomed is dying and ahead we face the icy embrace of winter.

What cannot be said in words may be told in colours and shapes and lines. On an autumnal walk in the countryside, through the woods, it seems that every view is an artwork: arresting, emotive, cathartic. Those artists who are able to capture these scenes, moments… they have such talent and such a connection with nature. A little magic in their fingertips.

Here are some of my favourite artworks inspired by autumn. Which one speaks to your soul? 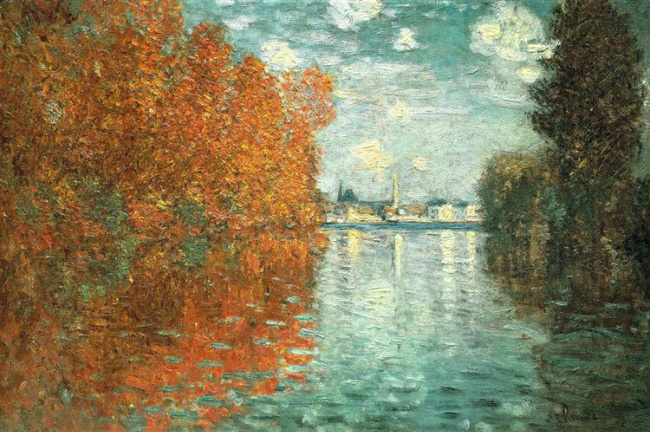 For me, there is a dreaminess to this painting that calls to mind Keats’ ‘Season of mists’; the reflections of the leaves are so rich in colour that the distinction between land and water is blurred. You feel as if you are in the water, looking downriver, because indeed Monet painted it from this perspective: he had made himself a floating studio, the bateau atelier – a boat on which he would paint. 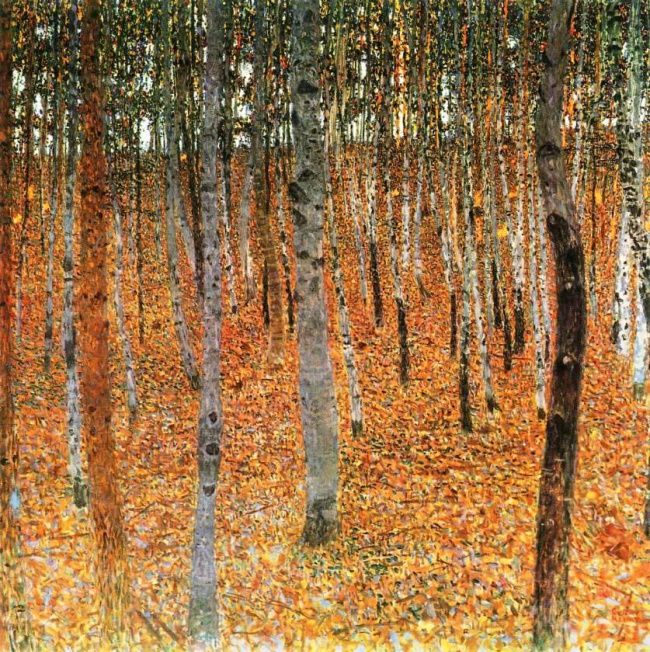 Klimt is perhaps best known for his artwork The Kiss: he had a particular interest in the female form, but he also painted vivid and atmospheric landscapes. This painting, drawing on Impressionism, is part of a series he created between 1901 and 1904. The artworks were inspired by daily walks he took in the forests by Lake Attersee in Austria.

Expressionist artist Schiele ­was deeply influenced by the works of Gustav Klimt; he was, in a sense, his protégé. Schiele largely focused on portraits, but he also painted still-lifes and landscapes. Here, his interpretation of an autumnal scene in Austria is so beautiful. I especially love how the trees are silhouetted against the sunset – such a powerful use of colour and light/shadow. 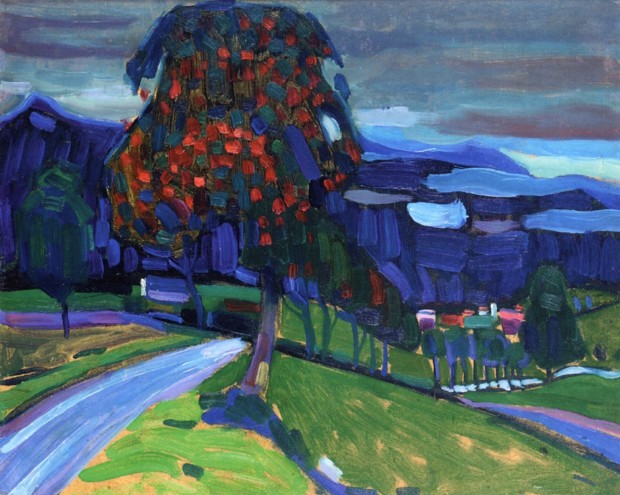 The preceding paintings draw me in for their warm colours, but I also find that this painting by Kandinsky speaks to me. He had settled in Murnau, at the foothills of the Bavarian Alps, and here he depicts an autumnal view. The blue tones are striking; they suggest a coldness, an enclosing darkness – the underling melancholy of the season. 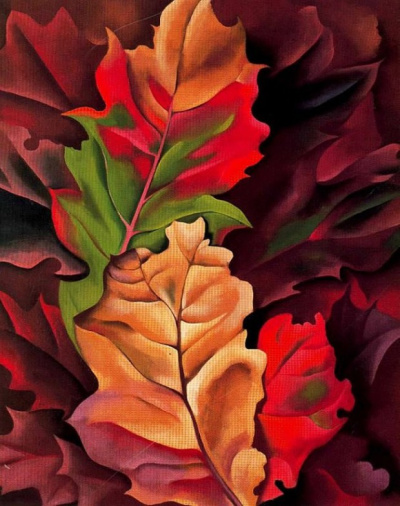 If Autumn in Murnau has left you with a shiver, then O’Keeffe’s Autumn Leaves is just the artwork to thaw you out. O’Keeffe is commonly regarded as the ‘Mother of Modernism’ in America. In her paintings, she often zoomed in and focused on the details of nature. In Autumn Leaves, the colours are so vivid and striking ­­– and wonderfully warm, thanks to the use of red tones.

This, for me, calls to mind so many walks in autumn; this is the kind of view I seek out – the varying shades of colour in the trees, the reflections in the water, the crisp blue sky. The romantic light that seems almost to glow is characteristic of an American landscape painting style called luminism. Of all the paintings I have shared here, this is the one that most makes me want to put on my coat and my boots, my hat and my scarf, and go for a walk to take in all the glory of autumn.