What did it mean to be both royal and female in ancient times? How much autonomy and power did royal women hold? Was it as glamorous as a Cleopatra movie? 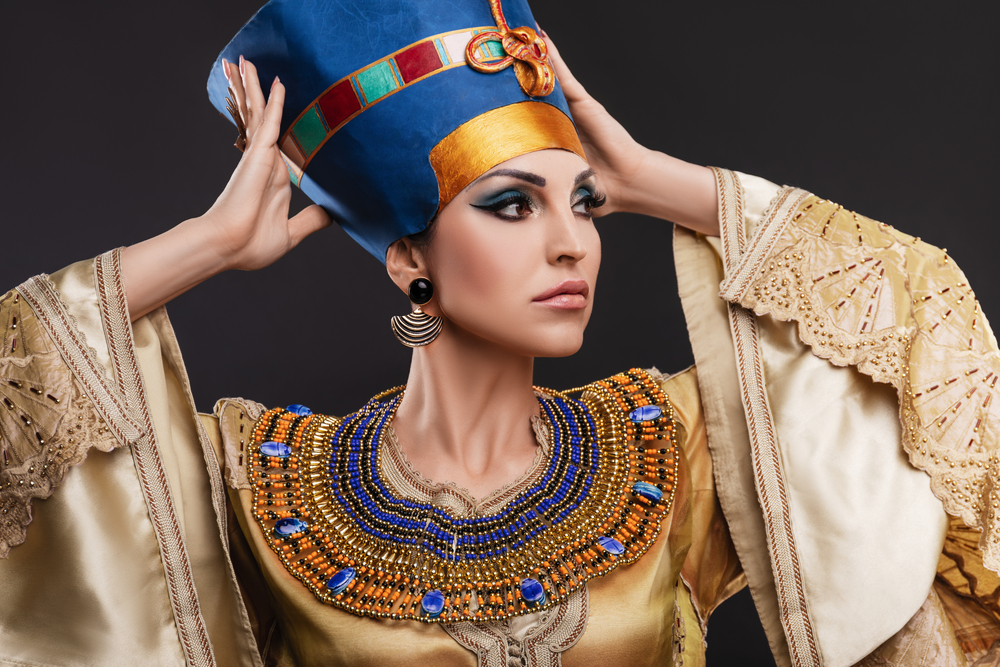 The position of the woman in Egyptian society is a core theme in my latest novel, Song of the Nile. Set in the 1940s, the story follows Aida, a nurse and landowner, as she attempts to navigate a very traditional world as a modern, forward-thinking woman. This, it transpires, is not easy; Aida explains:

‘The world here is so cut off from reality. It’s been frozen in the past. People live as our ancestors did thousands of years ago.’

While writing the character of Aida, I felt very keenly the legacy of her Egyptian ancestors, in particular those, like Aida, in the top section of the social hierarchy. (Aida is not royal, but being mistress of an estate, she rubs shoulders with those of the upper class and aristocracy.)

In ancient times, a royal woman was traditionally either the king’s wife, mother or daughter. She was nothing in her own right; she was defined by her relationship with the king and her role was to please him.

A royal woman was expected to marry – and fast, once she was of age (about 13). She had no choice in the matter. Usually, she would be married off to a royal, to ensure that a non-royal could not access the throne, which meant women may marry their brother or even their father or grandfather. (Such incestuous marriage was reserved for royalty only.)

If a woman married the king himself, she was not alone – sometimes a king had hundreds of wives! Each had no power, except for one: the Great Royal Wife, who was allowed to accompany the king, though that was pretty much all.

The royal women very rarely saw the king; they lived in harems spread throughout Egypt. They were generally not permitted to leave their harem, though the women of Medinet Habu, harem of Ramses III, would travel with the king.

Even in death the royal women came second to the men. For a time, the favourite wives and children were entombed in the Valley of the Queens at Luxor, near the Valley of the Kings. Their tombs were smaller and far simpler in design than the kings’ tombs.

Valley of the Queens (source)

This was the life – and death – of a royal woman. A comfortable life compared to that of a peasant, certainly, but one without liberty. Breaking free from these constraints was only possible in two circumstances: 1) if you married the god Amun or 2) if you took an exceptionally strong stance for the time.

Ahmose I, founder of the 18th Dynasty, introduced the title God’s Wife of Amun, reserved solely for a royal woman and passed down to her daughter. Finally, a woman could wield some real power. She was granted an agricultural estate and her own staff, which she leveraged to make her own income – useful for bribing officials to gain more power. These wives were buried in chapels at Medinet Habu and, unusually, had monuments at the temple of Karnak.

Though ancient Egypt was a man’s world, there were royal women who left their mark, like Queen Tiye, Great Royal Wife of Amenhotep III, the first queen to come out of the background and participate in ceremonies and rituals with her husband.

Though female pharaohs were rare, some royal women did rule, most often in a period when there was no man for the job. Queen Ahhotep of the 17th and 18th Dynasties ruled as queen regent while her sons were too young for the job, and an inscription at Karnak speaks of her military accomplishments, including ‘pacifying Upper Egypt and expelling her rebels’.

To rule in a man’s world, it was easiest to appear masculine. Evidence suggests that Queens Sobeknefru, Hatshepsut and Nefertiti disguised themselves as males, with kingly regalia and a fake beard.

Apparently, after this famous bust of Queen Nefertiti was made, she decreed that no more images may be made of her as female, only as the supreme ruler.

These early feminists must have been an inspiration to Cleopatra, who in the first century BC became the last ruler of the Ptolemaic Kingdom, fighting against her own brother, Ptolemy XIII, to keep her power. But that is a topic for another article!