An important place of worship for thousands of years... 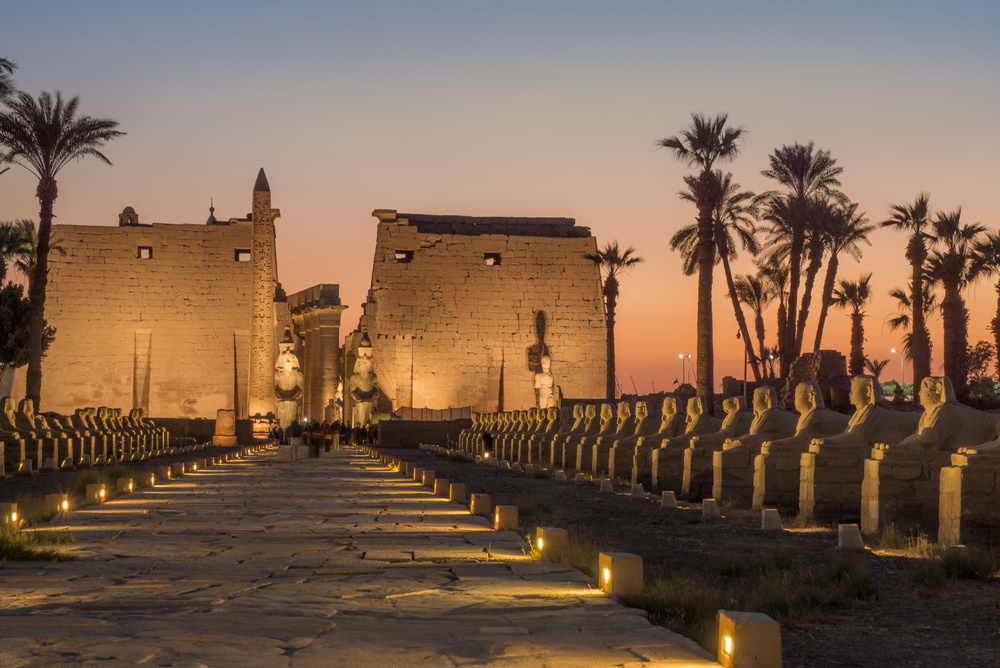 I have written before on my blog of great temples in Egypt dating back to the time of the pharaohs, from the Temple of Isis on Philae to the Temple of Hathor at Dendera. Perhaps most famous of the ancient temples is the vast Karnak Temple Complex, but equally important is its neighbour on the east bank of the River Nile, the Temple of Luxor.

The first stones of the Temple of Luxor were laid during the New Kingdom, when this area formed part of the city of Thebes, capital of Egypt. The temple was dedicated to the Theban Triad:

Luxor Temple was at the heart of the Opet Festival, which was held each year. The festival celebrated the marriage of Amun and Mut, and the fertility of both Amun and the pharaoh; in one ritual, the two were symbolically married, and this enhanced the pharaoh’s fertility and his divine right to rule.

During the festival, cult statues of the Theban Triad deities would be carried on barques in a ceremonial procession from their shrines at the Temple of Karnak to the Temple of Luxor. A two-kilometre avenue connected the two temples: the Avenue of the Sphinxes. For centuries the avenue was lost, buried in the sand, until in the 1940s an archaeologist found the first eight sphinxes in front of the Temple of Luxor. In 2021, following extensive excavation and restoration works, the ancient road was officially reopened in a grand event: in a revival of the Opet Festival, wooden barques carrying the Theban Triad statues were carried once more from Karnak to Luxor. 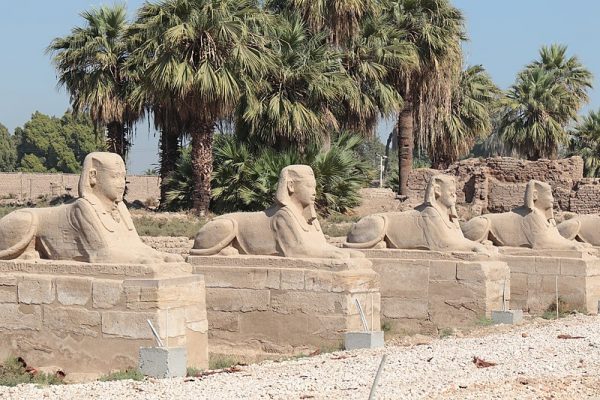 Sphinxes on the avenue

It was Amenhotep III (reigned 1390–53 BC) who founded the Temple of Luxor, and it was altered and extended by later pharaohs, most notably Ramesses II, who certainly left his mark (and in the process obliterated marks left by preceding pharaohs like Tutankhamun). The first pylon, through which one enters the temple, is the work of Ramesses II, and before it stood six colossal statues of the king. Two, either side of the entrance, were well-preserved, and restoration and reconstruction work in recent years has seen the remaining four statues reinstated. 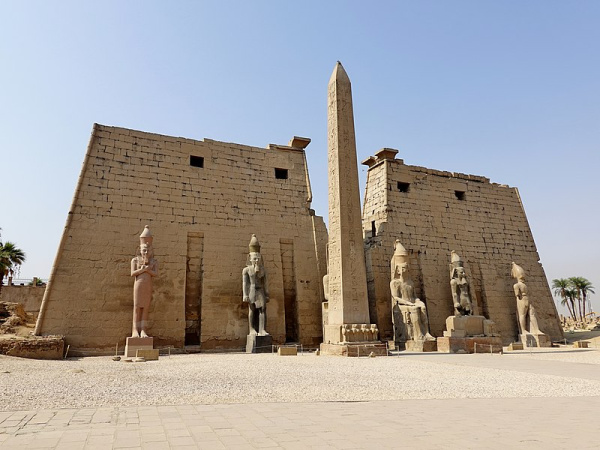 The first pylon, with six statues once more

Also in front of the pylon is a tall obelisk made from red granite. Originally, a pair of obelisks flanked the entrance. The other obelisk still exists, but was gifted to France by Muhammad Ali Pasha, ruler of Egypt from 1805 to 1848. Since 1836 it has stood in the Place de la Concorde, Paris. 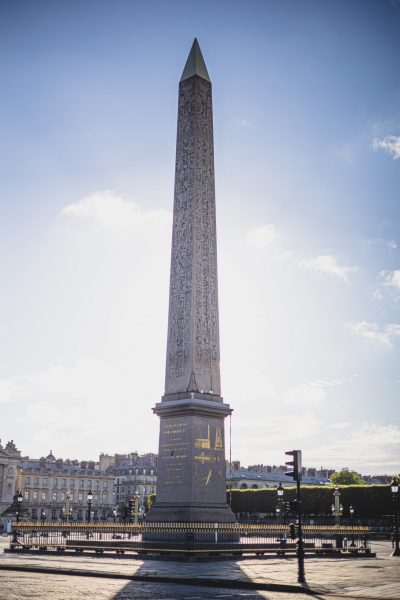 The obelisk in the Place de la Concorde

Beyond the first pylon are various sights of interest, from courtyard to colonnade, chapel to birth chamber. 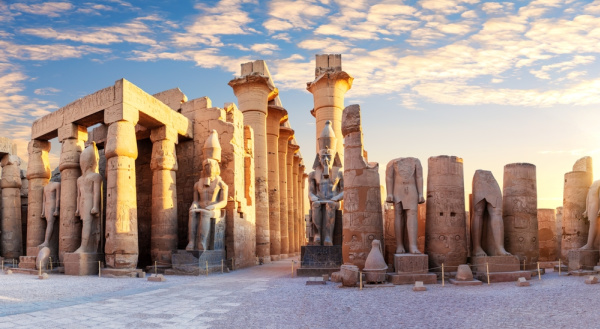 Statues inside the temple, and the grand colonnade 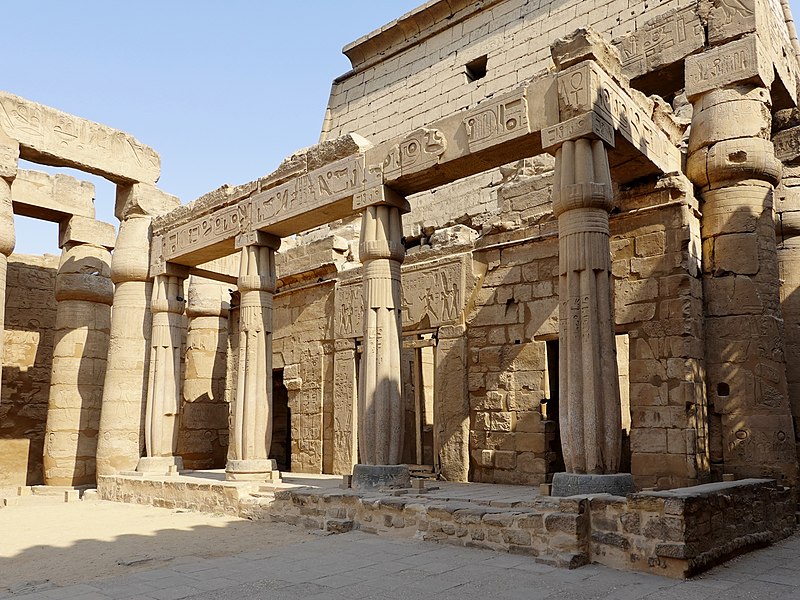 Barque shrine of the Theban Triad

The Temple of Luxor is the site of more than 3,000 years of worship. After the fall of the Ancient Egyptian civilisation it was used by the Romans, who built a fort here and, in 395 AD, converted part of the temple into a Christian church. Later, in 640, the church was made into a mosque for the Muslim saint Abu Haggag, and the mosque is still active today. 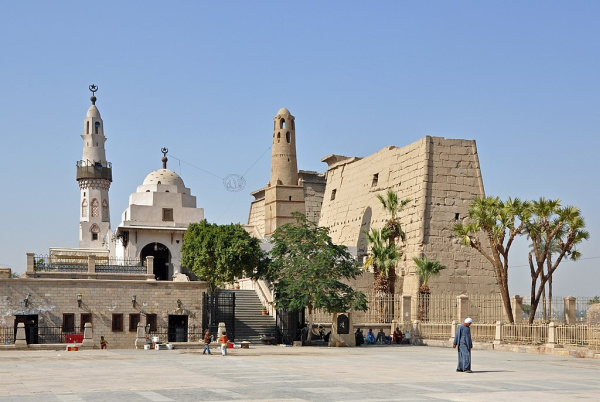 This long history makes the Temple of Luxor one of the oldest continually used religious places of worship in the world. Just think of all those who have stood among these old stones and found solace and guidance; the Temple of Luxor may not be the most impressive Ancient Egyptian monument, but it has a reverence and beauty all of its own.