Pyramids are emblematic of Ancient Egypt. But what was their purpose, and why did the kings stop building them?

Mute witnesses to centuries of history, presiding over the graceful shadowy sand hillocks of the Arabian Desert and dark clusters of palm trees, towering up into the clear sky.

This is how I describe the pyramids of Giza in my novel Song the Nile. These colossal monuments, visible for miles around, are of course the most famous structures of Ancient Egypt. The Great Pyramid is the only remaining wonder of the Seven Wonders of the Ancient World – built around 2560 BC, for almost 4,000 years it was the tallest human-made structure on earth.

Although the pyramids of Giza are the biggest and most iconic, we know of 118 pyramids in total across Egypt dating back to the time of the pharaohs, and more may well lie buried beneath the sweeping sands of the desert. Another famous pyramid is the Pyramid of Djoser, also known as the Step Pyramid, at the Saqqara necropolis, which was built in the 27th century BC for the pharaoh Djoser and is the oldest stone structure of its size in the world. 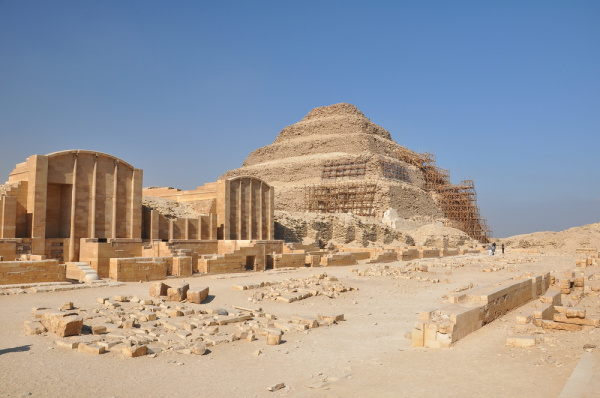 Evidently, it took a great deal of engineering, labour and time to build these structures – even the smaller ones – so why would a pharaoh order their construction? Of course, building a pyramid was a way for a pharaoh to show their power and wealth, and to ensure their memory would endure. But pyramids also served an important religious function: they helped the king to live eternally.

In very ancient Egypt, a mound would be made over a grave to represent the mound of creation from which life began; it was believed that this would help the deceased to be reborn into the afterlife. Over time, these mounds grew in size and became more architecturally elaborate. The pyramid became closely related to the sun god, Ra, with the shape representing the rays of the setting sun.

The pyramids, then, were burial monuments, and for a long time pyramids contained burial chambers. In the Great Pyramid of Giza, for example, which was built for the pharaoh Khufu, a red granite sarcophagus was found built into a burial chamber exactly on the central axis of the pyramid.

So far as we know, the last-known royal pyramid of Egypt was constructed for King Ahmose I, who reigned from 1550 to 1525 BC and founded the Eighteenth Dynasty, the first dynasty of the New Kingdom. After this time, pharaohs were usually buried in tombs excavated in the Valley of the Kings, near Luxor (which in ancient times was called Thebes and was the capital of the country). 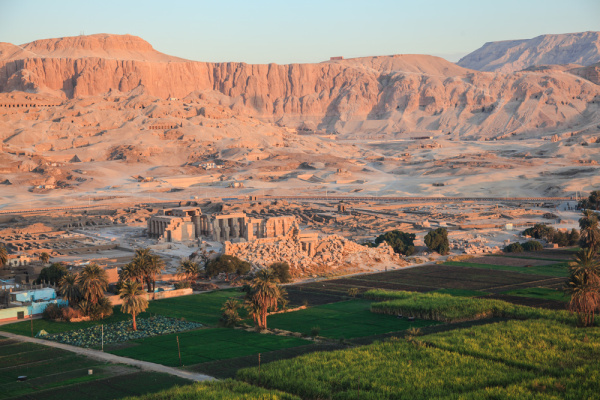 The Valley of the Kings

Several reasons have been suggested by historians for this shift in focus. Changes in religious beliefs meant that burial beneath the ground became significant for the journey of the pharaoh through the Underworld, and the natural landscape of Thebes did not lend itself easily to pyramid building. But most likely the predominant reason that pyramids fell out of fashion was security of the pharaoh’s tomb.

Tomb-robbing was a big issue in Ancient Egypt: it must have been hard for robbers to resist the call of all the gold and jewels in a king’s burial chamber. A pyramid was essentially a big, flashing arrow signposting, ‘Buried treasure here!’ Tombs in the Valley of the Kings were excavated from the stone of the cliffs – not easily penetrable for a robber. The tombs weren’t ostentatiously signposted; their entrances were concealed. Their construction, even, was secretive: the man who supervised the excavation of the tomb of Thutmose I recorded that he worked alone, ‘no one seeing, no one hearing’ (source: Live Science).

New Kingdom pharaohs would still have fabulous temples and monuments built in their honour – their legends would endure. But their resting places… those were designed to be private, sacred, unbreachable.

Sadly, we know that many tombs weren’t in fact unbreachable. Even the tomb of Tutankhamun, the most intact tomb in the Valley of the Kings, still containing his mummy, had twice been breached by robbers and resealed before it was discovered by Howard Carter in 1922. But we can imagine that had he been buried within or beneath a pyramid, there would likely have been nothing left for us to discover all these years later.

For the New Kingdom pharaohs, the time of the pyramids was at an end. But I’m sure they, like us, were awed by the ‘mute witnesses to centuries of history’ built by their ancestors.