Pharaoh, pyramid, mummy, desert – which modern English words can be traced back to the Ancient Egyptian language? 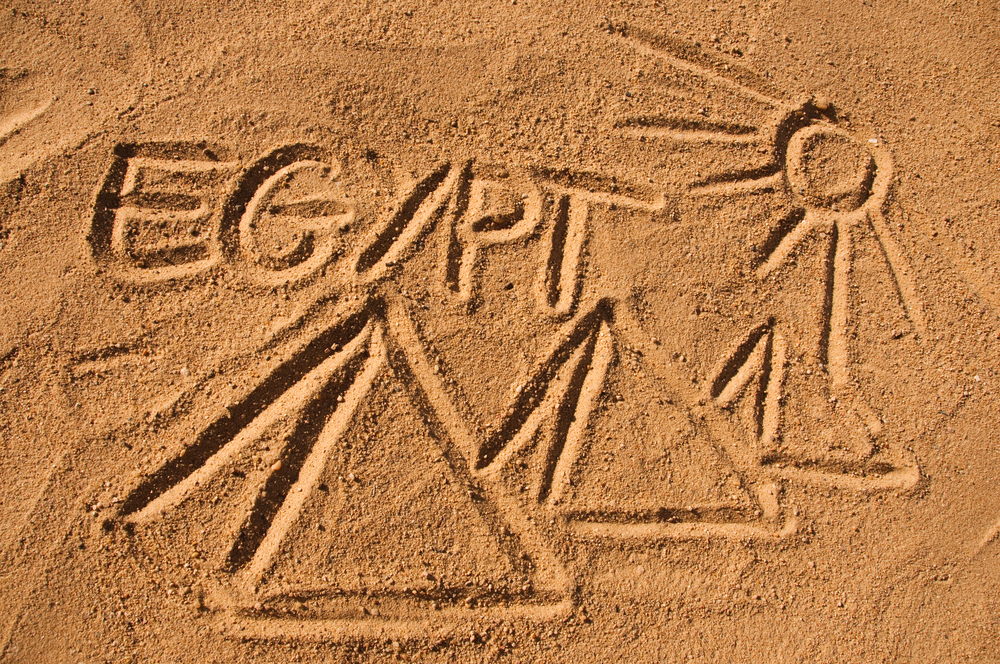 The foundations of our modern languages are old indeed. Many words in English can be traced back to Latin and Greek, the languages of the ancient Roman and Greek civilisations. But did you know that some words actually go back way further, all the way to the Ancient Egyptians?

Here are some words we use today that are derived from the language of the Ancient Egyptians.

Was Egypt always Egypt? Not at all. Egypt is derived from ‘Aegyptos’ – the Greek pronunciation of ‘Hwt-Ka-Ptah’. ‘Hwt-Ka-Ptah’ meant Mansion of the Spirit of Ptah and it was what Ancient Egyptians called the city of Memphis. (Ptah was a creator god, and the patron of craftsmen and builders.)

This word meant ‘great house’ and it was originally the word used to describe the king’s palace. From the time of Akhenaton (14th century BC) it was used to refer to the king.

It was the Ancient Greeks who coined the term ‘Sphinx’ to describe the mythical creature, part man, part lion. It’s believed that their inspiration was the Ancient Egyptian word ‘szp-‘nx’, which meant a divine image.

Paper made from woven papyrus stalks was ‘papyrus’ in Latin and ‘papyros’ in Ancient Greek. It’s unknown from what word exactly these were derived, but given the use of papyrus in Ancient Egypt, it’s believed to have been a word used in this area.

Some scholars argue that alchemy (the forerunner of chemistry) is derived from ‘kēme’, which meant ‘black earth’ for the Ancient Egyptians and described the fertile land in the Nile Valley (in contrast to the red sands of the desert).

The Ancient Egyptians would import ebony wood. (Notably, the female pharaoh Hatshepsut imported ebony, and ivory, into the country after her delegation visited the Land of Punt – see my article ‘Hatshepsut: The female king of Egypt’.) Ebony was rare and therefore precious: only the very wealthy could afford ebony furniture in their homes. Tutankhamun had an ebony chair, stool and bed.

Look up the etymology of ‘desert’ and you’ll find it’s from the Latin ‘desertum’, which means ‘thing abandoned’. But we can see a clear link, too, with Ancient Egyptians: they called the ‘red land’ (the desert) the deshret.

From my novel Song of the Nile:

The oasis was nothing like the few single palms half-buried in the sand that one imagines on hearing the word. Wahat El Nakheel… lay in the midst of the burning waste like a green jewel – such a welcoming surprise after the expanse of golden sands they had trekked through for over an hour.

The Ancient Egyptians also used the word ‘wehe’ to mean a cauldron, bringing a sense of depth to the idea of the oasis.

The Nile was the source of life for Ancient Egyptians, and it was a busy thoroughfare, with a constant flow of barges going up and down transporting people, goods and building materials for all the grand monuments. The barges were also essential in ceremonial processions. The ‘bar’ became ‘barca’ in Latin, and ‘barque’ in French. (The French verb ‘embarquer’ literally means ‘to go into the barque’; from here we get the verb ‘embark’ in English.)

And finally, two words that you may expect are derived from Ancient Egyptian but in fact are not:

The Ancient Egyptian word for pyramid was ‘mr’. It was the Ancient Greeks who decided the Pyramids were ‘puramis’; it’s thought they used the same word for a type of cake which may have been a similar shape.