‘Soul meets soul on lovers’ lips…’ wrote the poet Percy Bysshe Shelley in his lyrical drama Prometheus Unbound. I have always thought that this is a perfect encapsulation of a kiss between two people who are falling in love. A kiss is a meeting of souls, transcending the physical into the spiritual; ‘make me immortal with a kiss…’ implored Doctor Faustus in Christopher Marlowe’s Elizabethan play.

I love kissing scenes in romances, for they have such deep significance, breaking down barriers and creating intimacy that words cannot. Kisses are their own language; they have a power all of their own. Take this scene, surely one of the most famous kisses in literature, from Gone with the Wind by Margaret Mitchell:

Before she could withdraw her mind from its far places, his arms were around her, as sure and hard as on the dark road to Tara, so long ago. She felt again the rush of helplessness, the sinking yielding, the surging tide of warmth that left her limp. And the quiet face of Ashley Wilkes was blurred and drowned to nothingness. He bent back her head across his arm and kissed her, softly at first, and then with a swift gradation of intensity that made her cling to him as the only solid thing in a dizzy swaying world. His insistent mouth was parting her shaking lips, sending wild tremors along her nerves, evoking from her sensations she had never known she was capable of feeling. And before a swimming giddiness spun her round and round, she knew that she was kissing him back.

‘Stop–please, I’m faint!’ she whispered, trying to turn her head weakly from him. He pressed her head back hard against his shoulder and she had a dizzy glimpse of his face. His eyes were wide and blazing queerly and the tremor in his arms frightened her.

‘I want to make you faint. I will make you faint. You’ve had this coming to you for years. None of the fools you’ve known have kissed you like this–have they? Your precious Charles or Frank or your stupid Ashley–’

What a kiss! Soul meets soul – in Rhett Butler, Scarlett O’Hara has found her match, and her soulmate, even if her pride prevents her from admitting this.

One of the best things about being a romance novelist is that you are free to daydream about kissing scenes. My absolute favourite part of writing a novel is putting on paper the first kiss. This is The Kiss, a pivotal point in the book. The kiss must be, as Lord Byron wrote in Don Juan, ‘a heart-quake’. 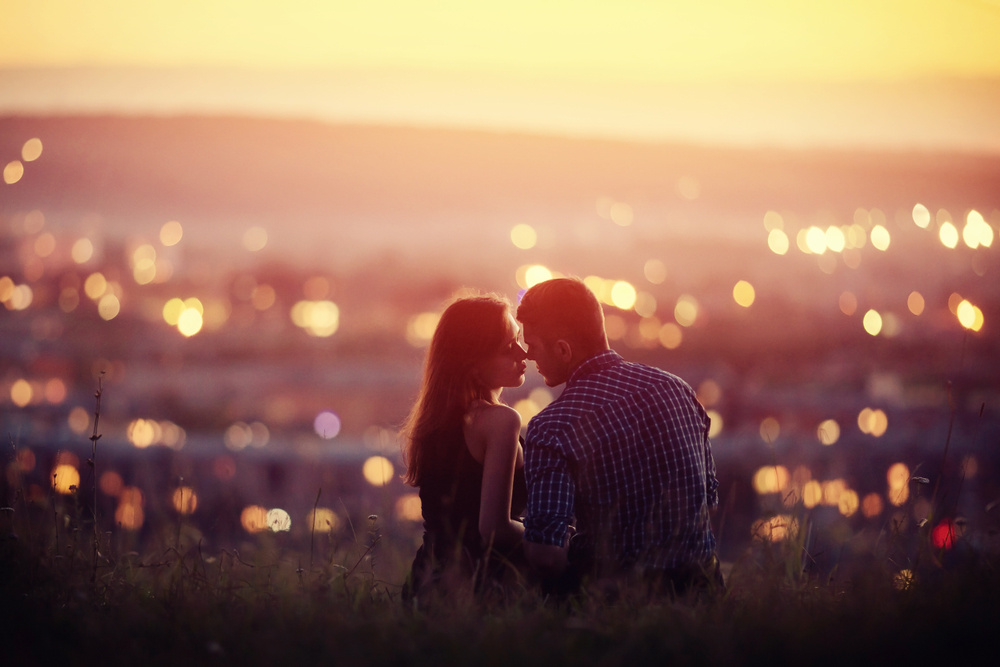 I consider the scene carefully: where will the heroine and hero be? What events will precipitate the kiss? Will it be sudden, impassioned, a crumbling of resolve, a giving-in to pure emotion and need? Or will there be a slow build-up in that moment, a sense of fate and inevitability, a gentle and tender union?

Certainly there is a foundation to lay before any first kiss in a novel. In my book Legacy, for example, I build up slowly to the first kiss: a polite peck on the cheek that lingers a little too long, lips pressed to the back of the hand in a courtly fashion, a night-time dream that is so vivid the heroine can almost feel his lips on hers. Then, when Luna and Ruy finally kiss, their passion overtakes them:

Before she knew it, he had taken her in his arms, his mouth closing over hers with all the pent-up fire that had burnt them both since they had first met. Unable to resist, she responded with equal fever. He pushed his body against her until she was backed up against the wall of the summerhouse. Flames erupted between them as their lips, hands and bodies tried to satiate the craving that had tortured their days and nights… His tongue found hers, plunging into her mouth and retreating over and over again in such a wildly suggestive rhythm that she thought she would go mad. In that moment, with the whole of the world shut out, only the two of them existed. 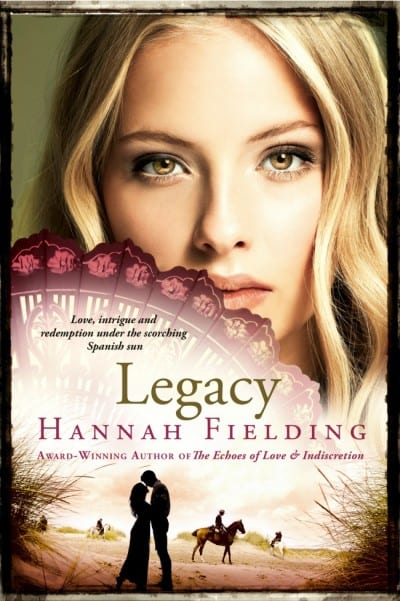 In Concerto, I had the fun of writing not only the first kiss between the hero and the heroine, but the heroine’s first kiss ever – Catriona is but eighteen when she first meets Umberto, and is wide-eyed and innocent.

Umberto bent his head towards her, touching her mouth with his in a kiss as light as a drifting feather, and Catriona learned that the lips she had thought sensuous were everything that she had never allowed herself to imagine.

Umberto’s hand moved again under her hair, clasping the nape of her neck, pulling her towards him as his kiss deepened, lengthened and possessed. Letting his hands slide the length of her body to her hips, he moulded her against him in a slow sweet fusion that made her thrillingly aware of his desire for her.

‘See the effect you have on me,’ he whispered as they pulled apart, his eyes glittering with almost stunned surprise as though searching hers for an answer she did not possess.

‘I’m sorry, I’ve never …’ her voice trailed off, too embarrassed to admit that no man had kissed her before, let alone a kiss that left her whole world reeling. 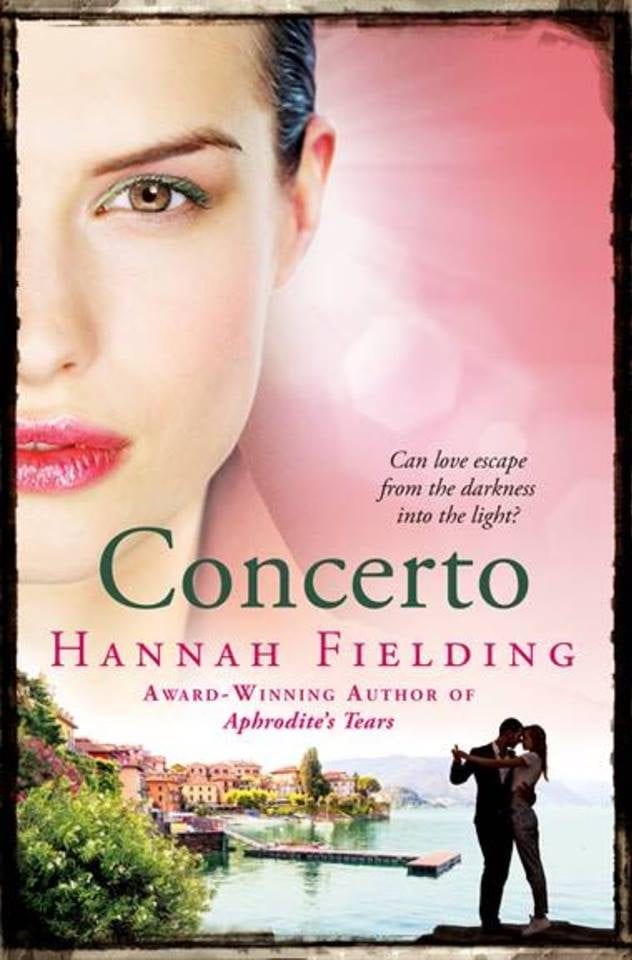 In The Echoes of Love, there is the sense that my heroine and hero are dangling on a precipice, agonisingly close to what they both want and yet holding back, until… all defences are blown apart by raw passion:

They were so close now. He was looking at her with a brooding expression and although Venetia stood as still as a statue, tiny nerves seemed to chase each other over the pit of her stomach. Silence hung between them. Her heart thundered as his brilliant, feverish gaze travelled to her mouth. She felt her stomach clench, sending an urgent heat inside her. Kiss me, Paolo, she thought, kiss me now. She felt him go tense.

Still holding her chin, staring at her mouth, his other arm closed around her like a vice, and her body was crushed close to masculine muscles and impulses. One hand moved back to cradle her head, while the other held her mercilessly to him. His eyes were now burning into hers, searching her depths, silently provoking her. She leaned back a little and lifted her face, offering her mouth wantonly to him. The all-consuming blue irises held hers a moment longer, and then his raven-black head bent towards her.

Venetia felt the rush of his warm breath across her skin and a cry of relieved surrender escaped her lips as Paolo took them with desperate voracity. A raging thrill coursed through her veins and through her bones like quicksilver as the wild searching caress of his mouth, the raw passion in his wandering hands, ignited flame after flame through every part of her starved body. Venetia’s arms moved upwards, encircling his neck. Her lips clung to his as though she would die if he stopped those deep, heated kisses…

And finally, my latest novel, Song of the Nile. Here, a kiss says so much more than words, showing the deep connection between the characters that makes them as much a match as Rhett and Scarlett:

She took a step back. ‘I don’t expect you to understand me, or understand anything about what this woman needs or wants. Egyptian men … bah!’ Aida shrugged with contempt. ‘You’re all the same. Calculating, chauvinistic and emotionless.’

At this his eyes became so narrowed that it was impossible for her to read their expression. ‘Emotionless, eh?’ His voice, though still quiet, contained a strange vibrancy that caused a tingle to run up Aida’s spine. He took a step towards her. ‘That is a very dangerous thing to say to a man who has any self-respect at all.’

He took another step. ‘Because, you see, he will in all probability have the urge to disprove your statement.’

‘And you see yourself playing such a role?’ Aida forced a peal of incredulous laughter, seeing that she had finally succeeded in riling him. ‘I always knew you were arrogant, but I didn’t understand the extent of your conceit.’

Her heart leapt to meet the sudden dangerous flare that ignited in the depths of those fathomless eyes. How magnificent he looked … seductive … irresistible! Something stirred in her loins – a need she had never felt before.

‘Must I prove to you how well I understand you?’

Phares had drawn very near her, his dark face almost against her own. Then, pressing his hard body deliberately close to hers, he bent her head back with surprising force and kissed her full on the lips. He kissed her long and vigorously, his mouth sensuous and demanding, rendering her completely insensible.

It is as Victor Hugo wrote in Les Misérables: ‘One kiss, and all was said.’