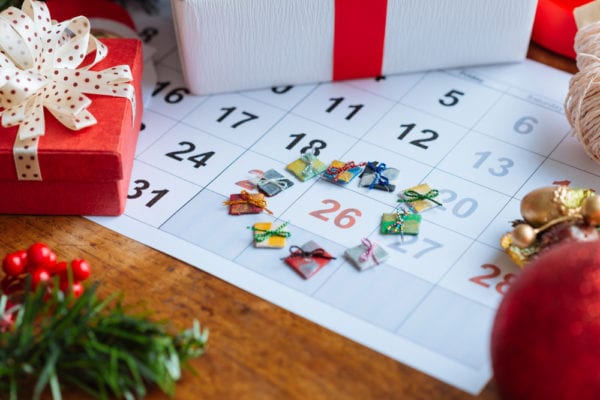 I was in my twenties when I first came to England. I recall vividly my first Christmas; it was bitterly cold, which was a shock after a lifetime of Christmases in sunny Alexandria, Egypt; but then it snowed and I was enchanted, and I understood Charles Baudelaire’s verse:

I watch the springs, the summers, the autumns;
And when comes the winter snow monotonous,
I shut all the doors and shutters
To build in the night my fairy palace.

Of the many differences I noted between Christmas in Egypt and in the UK, one that stood out was that today, 26th December, was called ‘Boxing Day’. I had no idea what that meant, but as the years went by I came to understand that it was a national holiday in the UK and Commonwealth nations devoted largely to shopping, football and hunting.

But when came the day that one of my children asked me the meaning of Boxing Day, I realised it must have a deeper significance than simply the launch of sales or a football fixtures highlight, and so I took myself to that most soulful of places, the library, and researched. This is what I learned.

‘Boxing’ Day is so-called because it evolved as a day on which servants and tradespeople would receive a ‘Christmas box’, containing gifts and/or money in gratitude for services rendered over the year and especially as thanks for having worked on Christmas day for a master/employer. The custom of giving the box was in evidence as far back as 1663, because Samuel Pepys recorded it in his diary that December. (It is markedly not in evidence, however, in Charles’ Dickens’ A Christmas Carol of 1843, though Ebenezer Scrooge should certainly have been rewarding Bob Cratchit with a box.)

A secondary meaning commonly attributed to the ‘Boxing’ is that back in late Roman/early Christian times collection boxes were placed outside churches for the Feast of Saint Stephen, which is the 26th of December, when the boxes were opened and the coins within distributed to the poor and needy.

Delve a little deeper into history, however, and you find another source for Boxing Day, this one more in keeping with playing sports, as suggested by the ‘boxing’ (which, if you’re wondering, is a sport that dates back to the ancient Greeks). The forerunner of Christmas as we know it was the ancient Roman festival of Saturnalia, for the god Saturn. Part of this festival, celebrated in December, was a day of dancing and contact sports like boxing.

Today, Boxing Day can be a day for gathering together as a family, or it can be a day for sports and shopping (although campaigners are currently trying to change the latter; a petition with 200,000 signatures was handed to the prime minister in 2016 demanding shops be closed by law to allow for more family time).

Boxing Day has also become a day for eccentricity in some parts. In Ireland, for example, ‘Wren boys’ collect money for charity by signing carols dressed in ladies’ clothes and carrying toy birds in cages. This custom is a modification of an old tradition in which the Wren boys would stone wrens to death and give the feathers to people in exchange for donations (it is lucky to kill a wren on St Stephen’s Day, apparently; the saint himself was stoned to death for his faith).

Elsewhere in the UK, Boxing Day has an altogether more exuberant meaning. For many, this is the day to jump into a freezing-cold ocean in fancy dress! The Boxing Day Dip is held on beaches around the UK, and is a fun way to raise money for charity, with those take a dip in crazy costumes being sponsored for their bravery.

So there you have it, Boxing Day. What does this day hold for you? I would love to hear about your own traditions.