Why have one name when you can have five?

In Ancient Egypt, a king’s name represented their might and their divinity. By the Middle Kingdom, the royal titulary included five names: the Horus name, Netbi name, golden Horus name, prenomen and nomen.

Horus was god of the sky, kingship and order. The pharaoh was believed to be the earthly incarnation of Horus, and the Horus name signified this.

Horus was often depicted in imagery as a man with the head of a falcon. In the Horus name he was represented by a falcon sitting atop a serekh: a rectangle that represented the façade of the king’s palace and contained the name of the pharaoh in hieroglyphs. 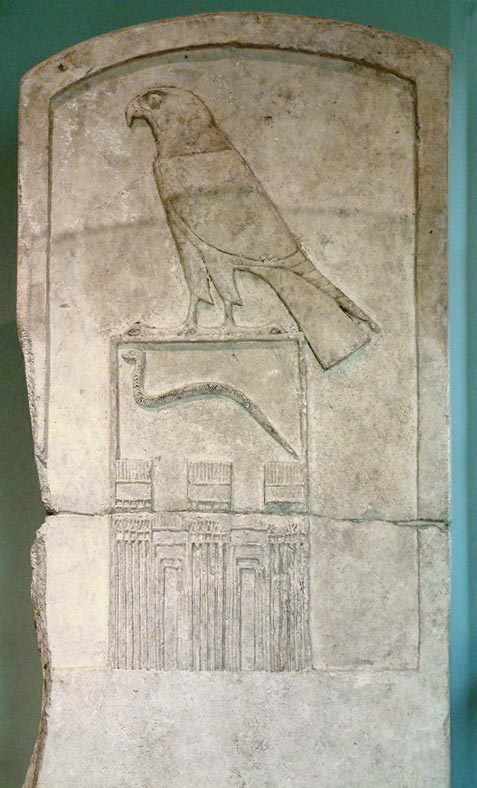 The Nebti name meant ‘He [or She] of the Two Ladies’ and reinforced that the pharaoh was the ruler of both parts of Egypt.

Example: Thutmose III’s Netbi name was He of the Two Ladies, Enduring in Kingship Like Re in Heaven. 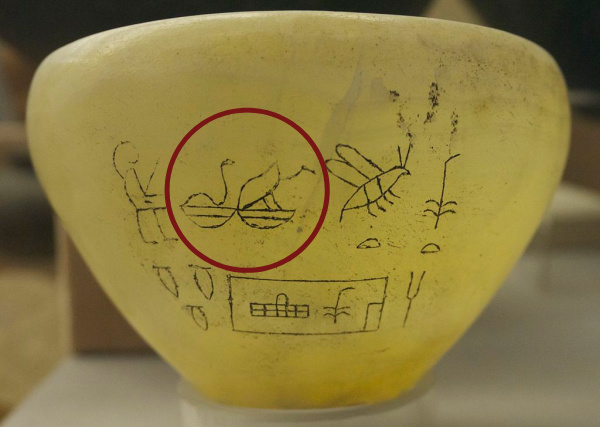 This name was depicted with a falcon and the hieroglyph for gold. It is thought to represent the idea that, as Horus, the pharaoh would be eternal (gold was associated with eternity).

A pharaoh was given their prenomen, also known as the throne name, at their coronation. It was enclosed within the cartouche, an oval which signified that the contents represented a royal name.

The prenomen usually included the name ‘Re’. Re, or Ra, was the god of the sun, and of order, kings and the sky. He ruled over all: the sky, the earth and the underworld.

The prenomen was accompanied by the title ‘He of the Sedge and the Bee’, which is thought to signify that the pharaoh ruled both Upper and Lower Egypt (the sedge, from the papyrus sedge, represented Upper Egypt, and the bee Lower Egypt).

Example: Thutmose III’s Prenomen name was He of the Sedge and the Bee, Enduring of Form Is Re.

Prenomen of Semerkhet (‘He of the Sedge and the Bee’ circled)

This was the birth name of the king, the name by which we know a pharaoh today.

The nomen would remain within a family, like a modern-day surname, which is how successive generations of pharaohs bore the same nomen. For example, eleven pharaohs bore the birth name Rameses. When a new name was devised, it was carefully chosen to convey the importance of the pharaoh and their divine connections. Tutankhamun, for example, means ‘the living image of Amun’ – Amun was the creator god of the sun and air.

A pharaoh could change their name in order to reinvent themselves. The pharaoh Amenhotep IV changed his name to Akhenaton in order to show his devotion to the god Aten (he spent his rule advocating that his people should worship this god only, but after his death Atenism was abandoned in favour of the usual polytheistic religion).

The nomen was contained within the cartouche, along with the prenomen. Before the name came the epithet ‘Son [or Daughter] of Re’. 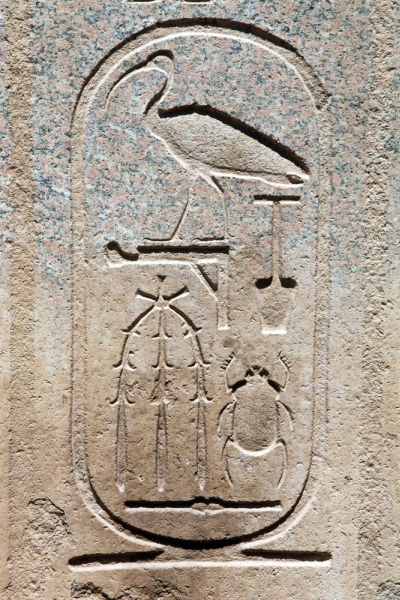 Cartouche containing the nomen of Thutmosis III, Temple of Karnak

Here are some examples of pharaoh’s names in full: 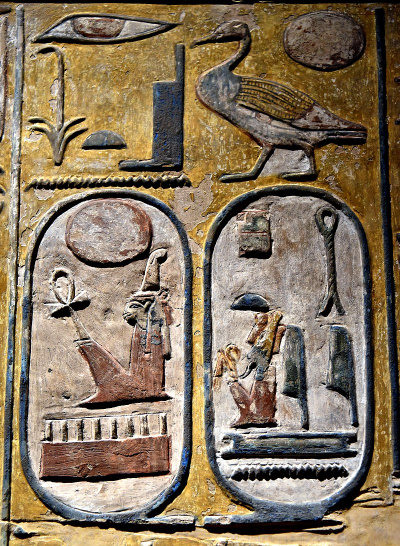 Prenomen and nomen cartouches of Seti I, Neues Museum, Berlin

These long titles would be conferred on the pharaoh at their coronation (much like King Charles III will, in 2023, become ‘His Majesty Charles the Third, by the Grace of God, of the United Kingdom of Great Britain and Northern Ireland and of His other Realms and Territories King, Head of the Commonwealth, Defender of the Faith’).

Along with these five names, we could even say that there was a sixth.

The Ancient Egyptians believed that names had great power, and that to know someone’s name was to have power over them. The Egyptians created ‘execration texts’, which were lists of the pharaoh’s enemies inscribed onto statuettes and pottery; these would then be smashed and buried, and it was believed that this ceremony would damage the enemies (much like the voodoo doll).

With names holding such power, how could one be protected from harm? The answer was built into religion. Renenutet, ‘She Who Rears’, goddess of nourishment and nursing (breast-feeding), would give each new baby a secret name in order to protect him or her. This was never shared but known only by Renenutet.

A lovely idea, don’t you think?