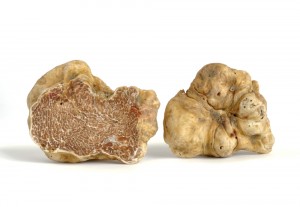 In my novel The Echoes of Love – set in Venice, Tuscany and Sardinia – the lovers, Venetia and Paolo, share several meals out together, from fine dining in a celebrated restaurant to authentic cuisine in a rustic local eatery, and on the menu are all kinds of delicious Italian dishes. Venetia and Paoloknow good food, and in that sense there is a lot of myself and my husband in the characters. Whenever we travel, we love to discover the best places to eat, whether they are in the heart of the city and managed by a famous chef or, preferably, off the beaten track and frequented by locals. Near where we live in Ste Maxime in France we go to several such little gems. I won’t share the names here – they’re our little secrets!

In Mediterranean cooking, the ingredients matter most, closely followed by simplicity in the recipe, the presentation and the eating. Could I have fitted another visit to a restaurant into Venetia and Paolo’s story, I know where I would have sent them – a little-known family-run restaurant in the Tuscan-Romagnol Apennines that specialises in the most delicious of all the Italian delicacies: the white truffle.

French gourmand Jean Anthelme Brillat-Savarin famously declared truffles‘the diamond of the kitchen’, and I think he was right. They are luxurious and exceptionally exclusive and expensive. Surprising, really, when you reflect that they are fungi that grow around the roots of trees– but when you taste them… oh! Then you understand.

Then trifolad’Alba Madonna (white truffle) grows in the Piedmont region in northern Italy, in the wilds around Alba and Asti, and in the setting for The Echoes of Love: Tuscany. They’re by no means large, but my goodness are they valuable. The weightiest truffle is usually no more than 500 grams, and that single truffle may sell for $1,000 to $2,250 – or even more; in December 2009 truffles were being sold at $14,000 per kilo!

Truffle hunting and marketing is a subject for the record books. Casino owner Stanley Ho, for example, made history in 2007 when he paid $330,000 for a 1.5-kilo truffle – and then in 2010 he spent $330,000 for a pair coming in at just under a kilo. So popular are the Italian truffles that people flock internationally to specialist truffle fairs such as that held in Alba from early October through to mid-November. I attended one such fair and it was wonderful – the scent of truffles in the air; the chance to sample dishes that would cost a small fortune in New York or London or Paris; and of course the air of festivity and revelry that comes with all Italian fieras.

What makes truffles so precious? Their rarity. Way back in 1825 French gastronome Jean-Anthelme Brillat-Savarin best expressed it:

The most learned men have sought to ascertain the secret, and fancied they discovered the seed. Their promises, however, were vain, and no planting was ever followed by a harvest. This perhaps is all right, for as one of the great values of truffles is their dearness, perhaps they would be less highly esteemed if they were cheaper.

He also famously said: ‘Tell me what you eat, and I will tell you what you are.’ Perhaps another reason to eat truffles!

So how does one sample a truffle? Well, the best I’ve ever tasted were with hot, buttery pasta. They are served raw, shaved into small pieces. I’ve also tried them with meat, and I believe you can get special truffle cheeses. But such dishes come at quite a price in the busy city restaurants. A good way to get the taste of truffles without breaking the bank is to try truffle oil, which adds wonderful flavour to dishes. (Do beware, though, that the cheap truffle oils are often synthetic and actually contain olive oil and no truffles at all.) Drizzling the oil over pasta dishes, meat and pizza, and using it to fry vegetables and French fries,are becoming increasingly popular.

So there you have it, the white truffle. I have shared a picture with you here so that you can easily identify it, with a particular news story in mind. Recently, a customer in a Washington restaurant made a costly mistake: she ate $300-worth of a truffle without even knowing what it was. The restauranteurwas displaying the truffle proudly on a counter, and the customer took a bite, thinking it was a few appetiser. Oops!