‘Mute witnesses to centuries of history, presiding over the graceful shadowy sand hillocks of the Arabian Desert and dark clusters of palm trees, towering up into the clear sky.’ The pyramids of Giza – what better backdrop for the first kiss of Aida and Phares in my novel Song of the Nile? 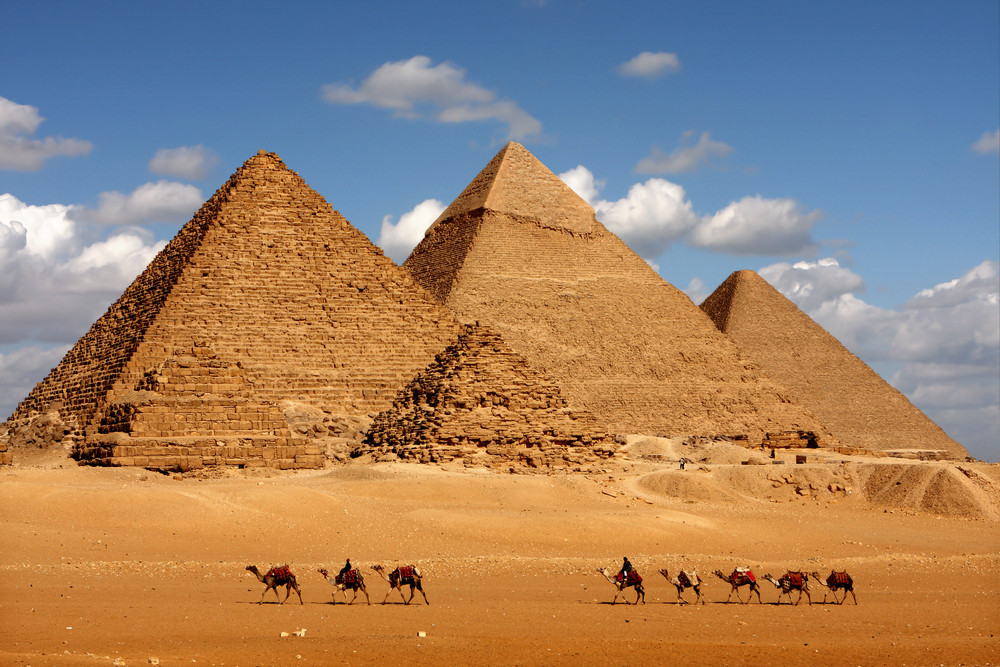 Pyramids are synonymous with the history of Egypt, constructed thousands of years ago as tombs. The pyramid shape had religious significance. In very ancient Egypt, a mound would be placed over a grave, to represent the mound of creation from which life began, thus helping the deceased to be reborn. Over thousands of years these mounds became much bigger and much more elaborate. The pyramid shape was seen to resemble the rays of the sun, thus connecting to the sun god, Ra, and the stepped pyramids for kings were believed to provide a path up to the sky.

Of course, the best-known surviving pyramids from these ancient times are on the Giza Plateau in Greater Cairo. The ‘three mute giants’, as I describe them in Song of the Nile, are visible for miles around: ‘ruddy and appallingly steep, towering majestically in the sky like gigantic ghosts, their shadows lying sharp across the sands’.

The Giza pyramids were built during the Fourth Dynasty of the Old Kingdom (2613–2494 BC) for Khufu, Khafre and Menkaure. Khufu’s is the largest pyramid of ancient Egypt, at 146.5 metres high, and for some 3,800 years it was the tallest structure made by humans in the world. It was the oldest of the Seven Wonders of the Ancient World and is the only one to have lasted largely intact. What we see of the pyramid today is in fact the core structure; when it was built, it had ‘casing stones’ of highly polished white limestone that gave a smooth outer surface. 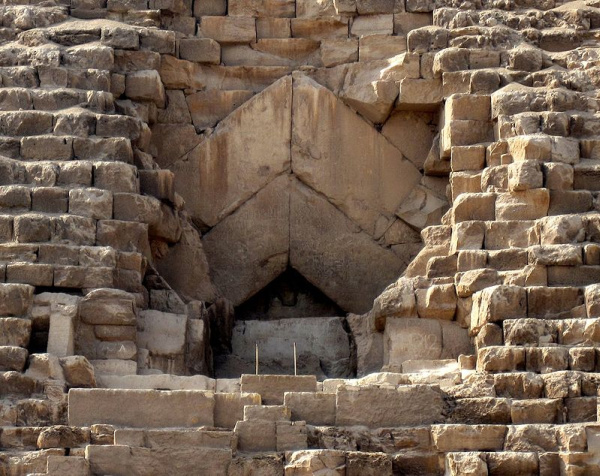 These pyramids were a feat of not only engineering but of labour. In the case of the Great Pyramid, the ancient Greek historian Herodotus wrote that it took 100,000 workers 20 years to complete the structure; another ancient Greek historian, Diodorus Siculus, and the Roman writer Pliny the Elder reckoned it was more like 360,000 workers. The Greeks believed that those workers were mainly slaves, but based on recent excavations of nearby workers’ camps, archaeologists now believe the labourers were skilled workers who earned a salary.

Also part of the Giza pyramid complex are temples, smaller pyramids – like the one housing the tomb of Queen Khentkaus – solar boat pits and, of course, the famous Sphinx, guarding Khufu’s pyramid (more on this in my blog article next week).

There is no place like the Giza pyramid complex, imbued as it is with such a powerful sense of mystery and history. The pyramids watch over Cairo and the surrounding land, and wherever you are in the vicinity, your eye is drawn to these imposing and silent sentinels. So it is in my novel Song of the Nile: the pyramids watch over Aida and Phares as they share their first kiss out in the desert, and they witness Phares’s proposal of marriage:

‘Marry me, Aida … I’ll make you happy. We’ll have a wonderful life together.’

A little breeze wandered fitfully over the dunes, whispering faint promises of the joy of a life at Phares’s side … with him standing there proud and powerful like an Egyptian god. The temptation was overwhelming. The still night, the beauty of the starlit desert, the silence, and the ominous presence of those great mute giants had all stirred strange emotions in Aida’s heart.

Strange emotions… that is exactly what these giants of grandeur stir in us; strange and wonderful feelings. May they endure for another 4,000 years.